We never would have thought that seven weeks could go so fast. We arrived Memorial Weekend and now several days after July 4th we are finally letting go the dock lines and departing Dysart’s Marina. It’s been a wonderful experience.

Mount Desert Island or MDI is a diverse island with friendly people, great food and an incredible shoreline. Acadia National Park located on MDI is a gem in the National Park Service system. We bought a year pass that allowed us to visit the park and use all of the facilities whenever we like. We took advantage of the pass as often as possible. The numerous hiking trails are well marked and incredibly scenic. There are miles of carriage trails available only for foot traffic and horse drawn carriages. Many of the hiking trails hug the granite cliffs and rarely do you find a fence blocking access to the cliff edge. We downloaded an App that provided running commentary as we drove the 24 mile perimeter route that culminated on Cadillac Mountain. We found June to be a perfect month to visit. Cool weather, perfect for hiking, no bugs and few visitors. With a year pass to use we will be back for a few more hikes in the year ahead. 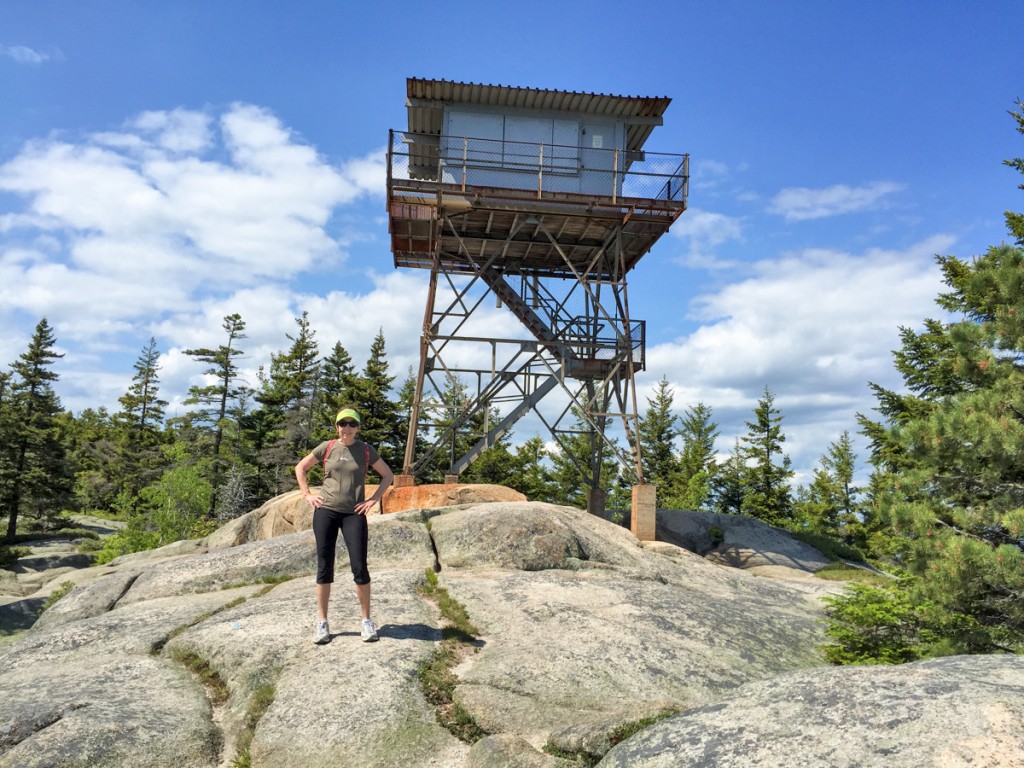 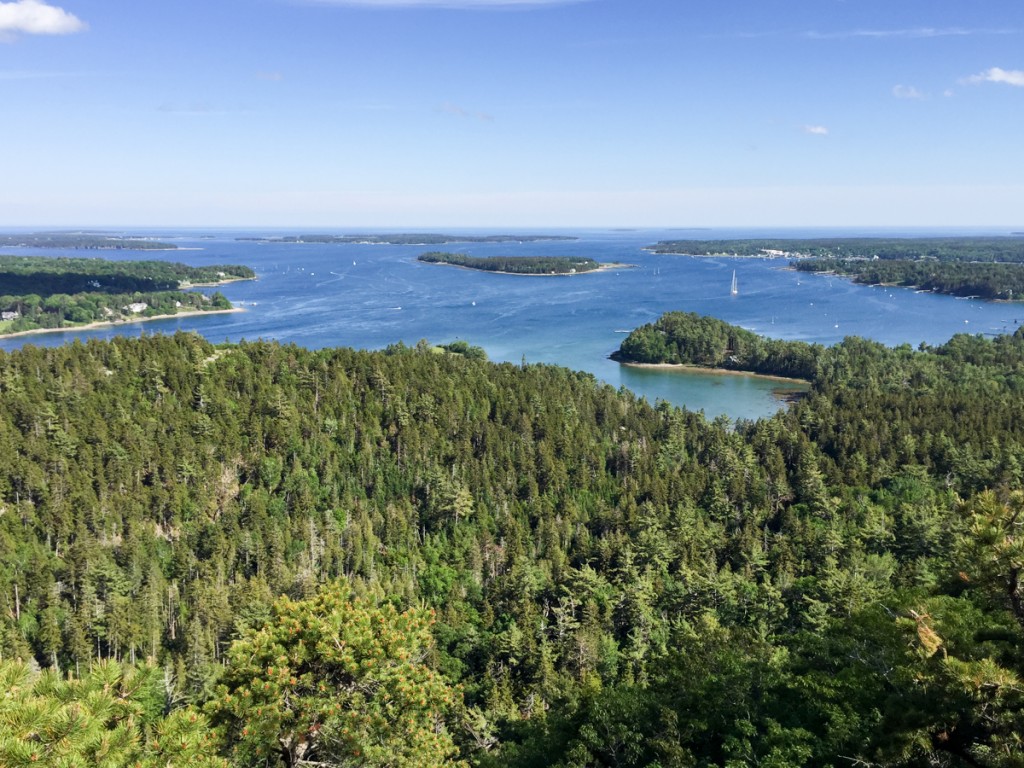 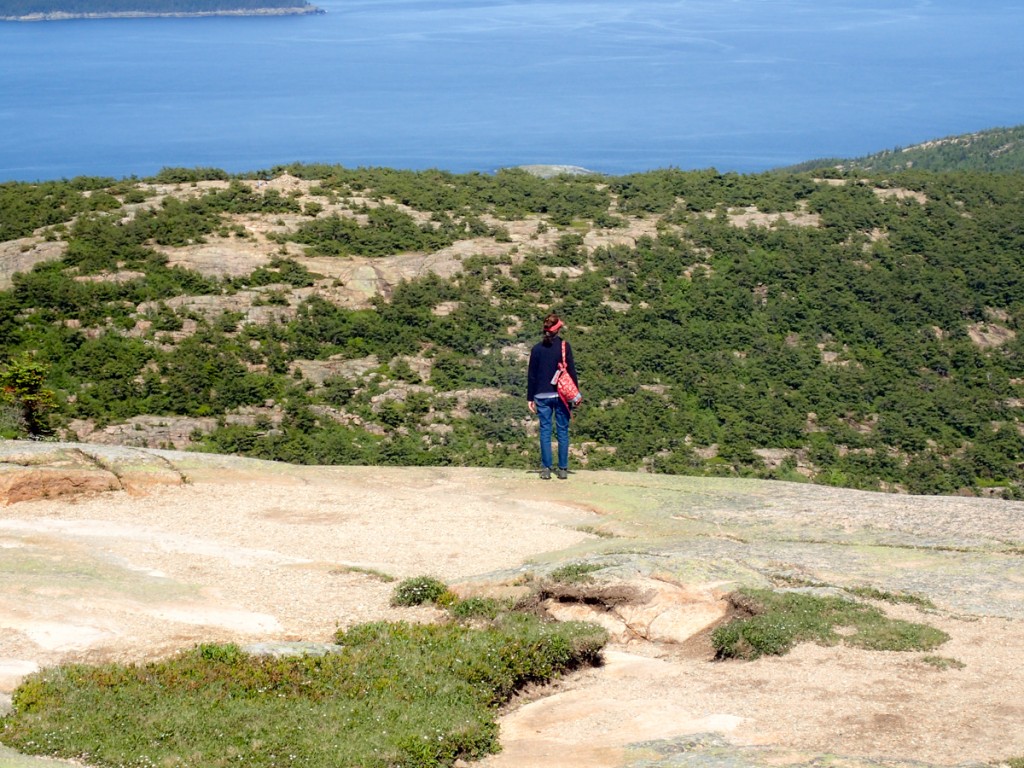 Cath at the edge of Cadillac Mountain

Bar Harbor in the background from the top of Cadillac Mountain

June was not all land based exploring. One of the reasons for planning a month in Maine was to have a couple of shake down cruises. Big Smile spent a winter on the hard at Hinckley in Southwest Harbor. She had never been out of the water for more than a month prior to this winter. We knew some of her systems would need attending to but what we did not plan on was the repairs that would be necessary due to shoddy work by Hinckley.

The first problem noted was our non-working inverter. We rely on our house bank of batteries and our “Outback” brand inverter to provide 120 volt AC from our 24 volt DC system. While our genset handles most of the AC loads and all of the 230 volt load it only runs a couple of hours a day. The inverter needs to work and it was not working. I hired a tech from Outback and he discovered that two of our six house batteries had been disconnected and in fact had suffered a collapse. These are special AGM “Absorbed Glass Mat” batteries and are quite pricey. Replacing the two batteries and properly reconnecting the system fixed the inverter issue.

Our first trip out was a five hour down east run to Mistake Island. This pristine anchorage is noted for its seal population and as we were the only boat in the small anchorage we had a front row view. They seem almost human as they lie about on the small islands at low tide, grunting and playing the day away. As the tide rises it becomes feeding time and dozens swam around us. 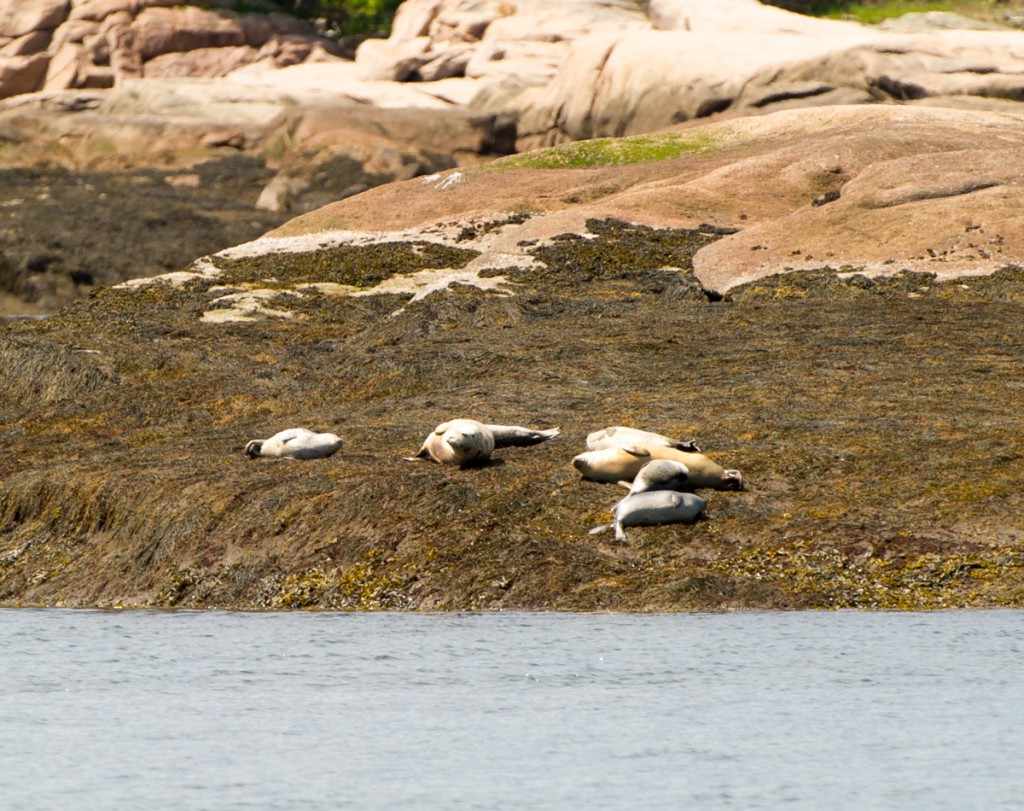 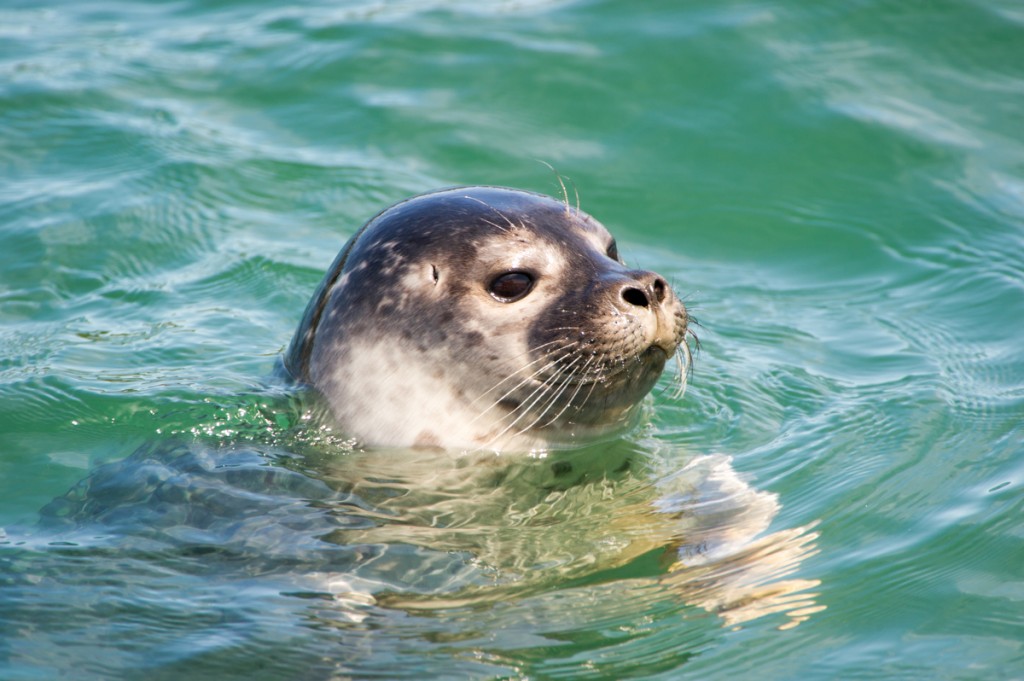 While lowering the large Delta anchor Cath noticed that the port chain wheel on the dual capstan appeared to be spinning off. She was operating the starboard side, the side that had been repaired. Fortunately there is a device called a stripper that keeps the chain wheel from falling off. However we did not want to strain the system so the next morning we weighed anchor and cruised back to Southwest Harbor. Hinckley came by a couple of days later and fixed the problem.

The last problem was one that really bothered us. The bimini had been removed by Hinckley in the fall to facilitate the lowering of the electronics mast. In the process they bent the stern bimini support. When the bimini was installed by us, (should have been re-installed by Hinckley) it now had a huge belly in the one year old fabric. We decided to take another one day cruise to check out more systems. This cruise, up the beautiful Somes Sound was a delight. However, during the night a deluge of rain came through dropping possibly an inch overnite. In the morning we heard a loud bang as we sat in the pilot house. The bang was our entire bimini collapsing under the weight of the collected water. 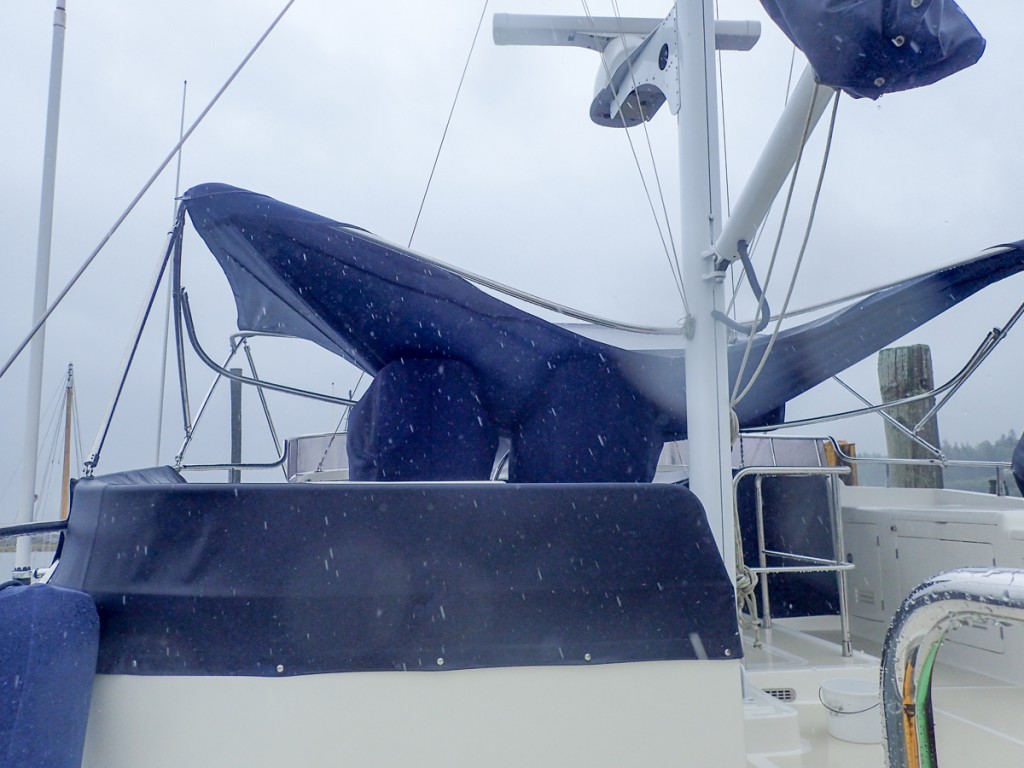 Back at the dock with a collapsed bimini

Hinckley was contacted and told to fix the mess.

Fortunately for us we had planned to get to our house at Lake George for two weeks leading up to July 4th. That gave them time to fabricate new stainless supports and make any other repairs to the system that were required.

At the lake: The main reason for the lake trip was to see our next door neighbor and help another friend launch his sailboat. The weather cooperated and the launch was successful. We managed to get in a couple of fantastic sails pitting our neighbors Capri 18 vs our friends Capri 22. Perfect weather and perfect company. The 22 always won but no-one cared. 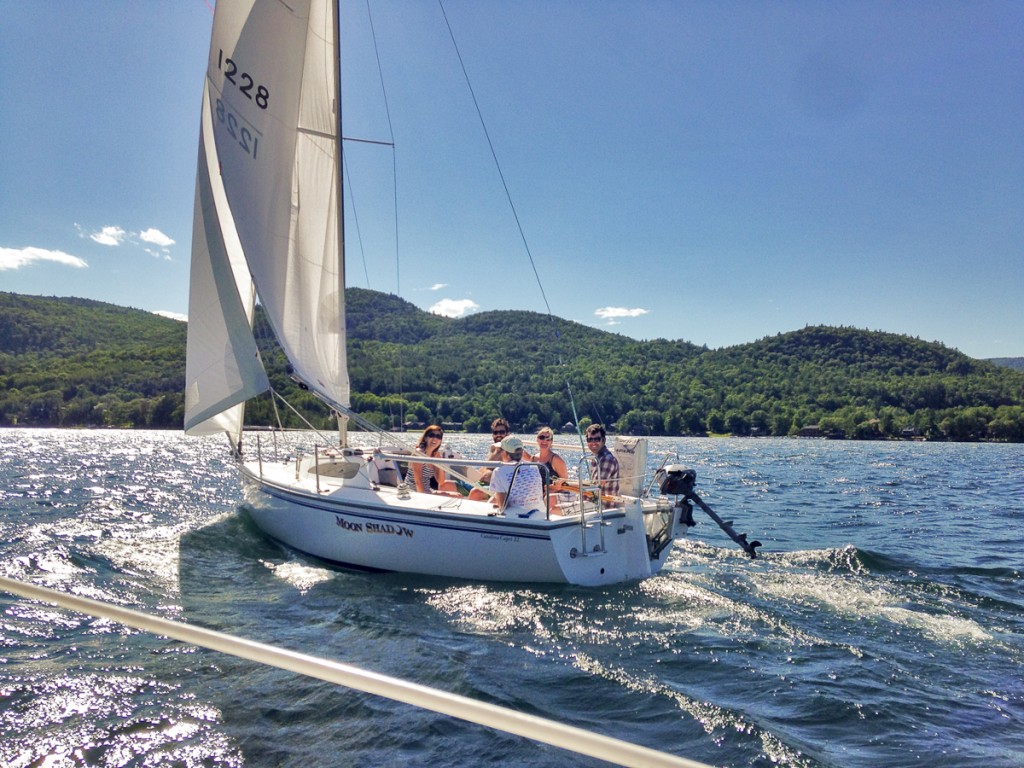 Bob’s family grinning as they pass us

Andrew and Mitch managed to join us for a couple of days and we sailed and fished in that short period of time. Mitch easily won our informal fishing contest. 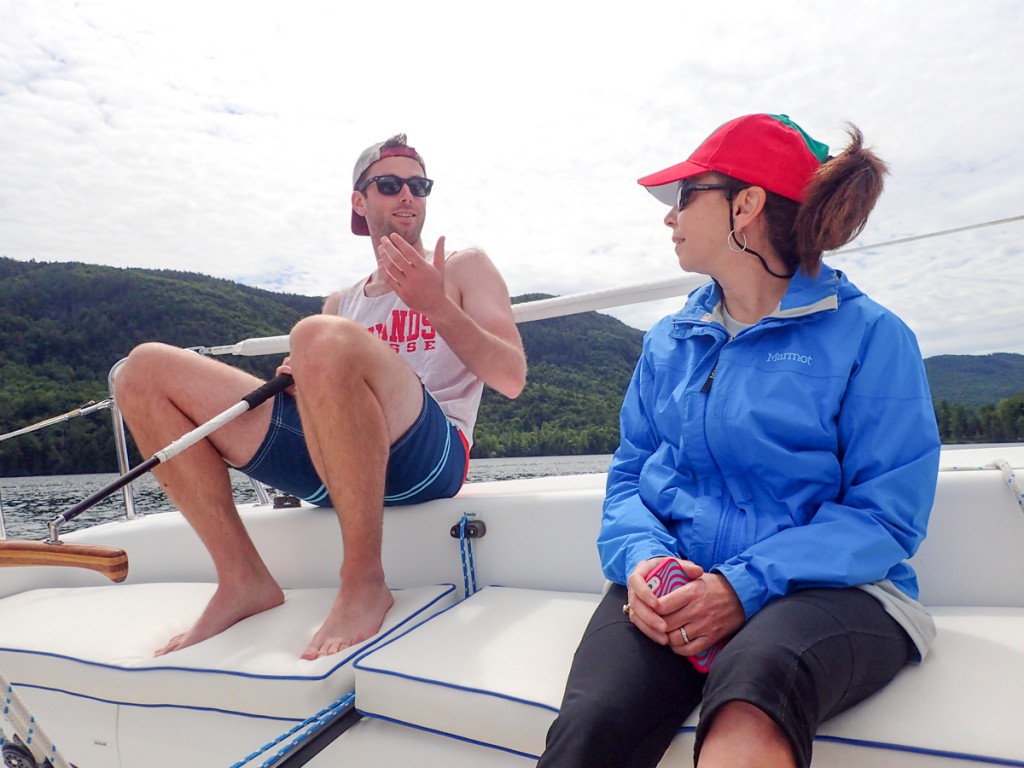 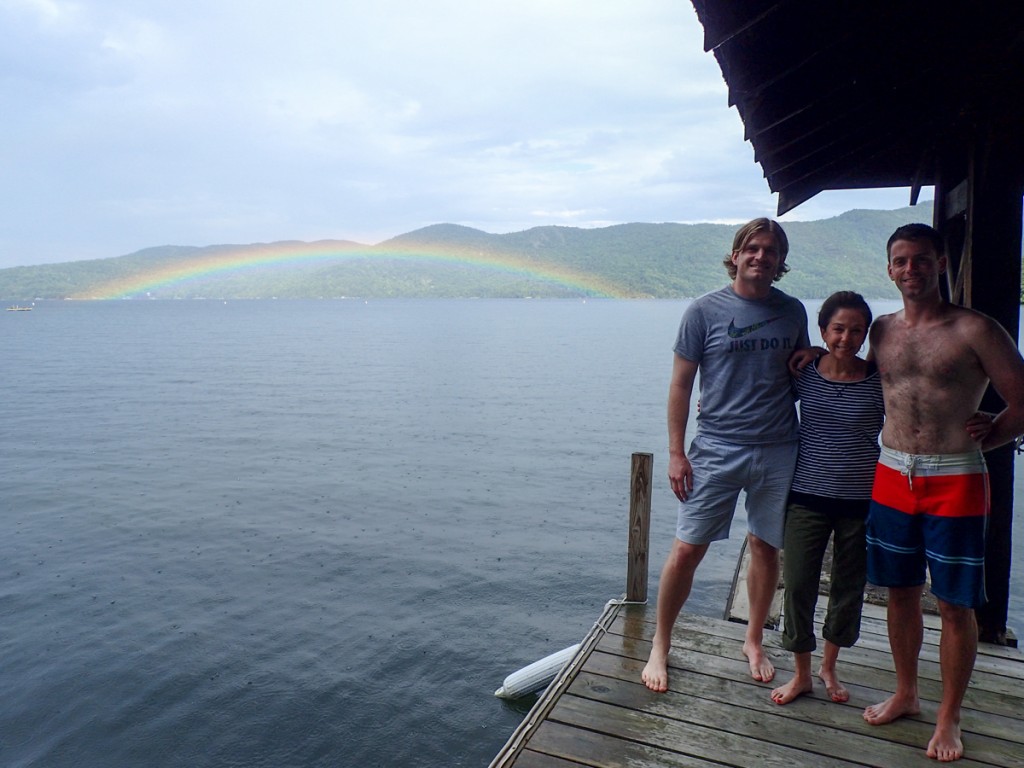 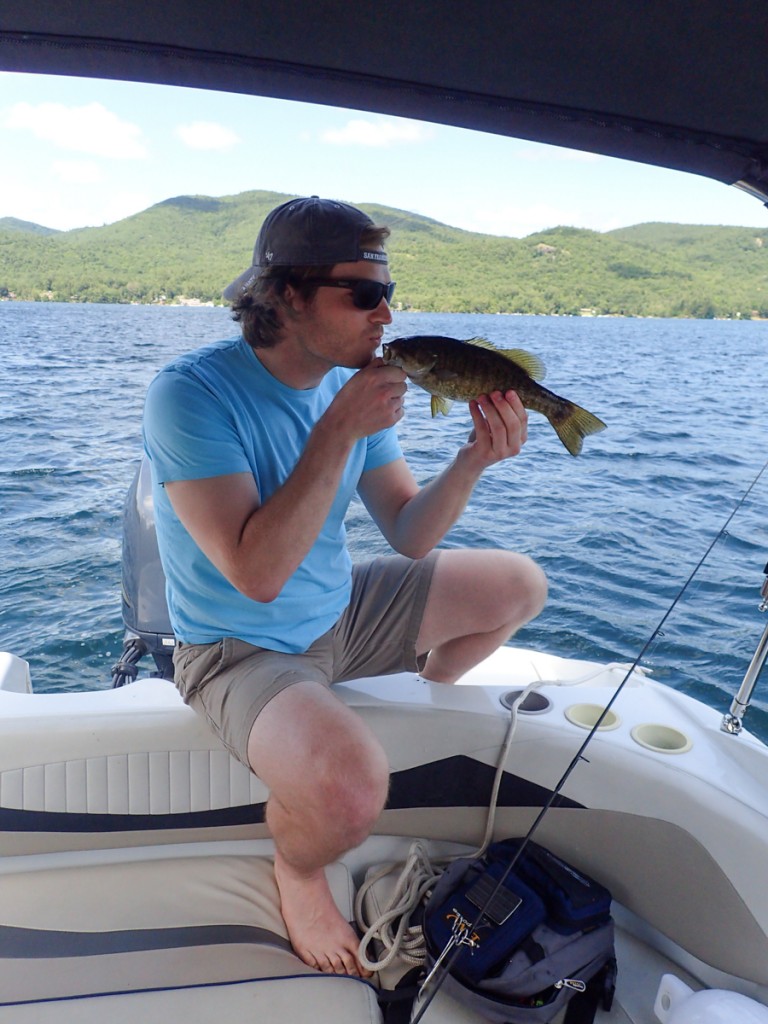