It’s been many months since the last post. Big Smile spent the winter safely huddled indoors at the Hinckley yard in Southwest Harbor Maine. The Hinckley yard is enormous. The waterfront site is where boats are stored and maintained. Their manufacturing site is inland about 30 minutes away. According to the locals it was a brutal winter so indoor storage turned out to be a good investment. That said, despite Hinckley’s pristine reputation, I am not happy with their service. From what I have been told by several boat owners and a marina manager, the Hinckley operation suffered through a couple of debt ridden takeovers. Staff was cut and morale suffered. There are new owners now and improvements are being made but damage was done. They are busy however turning out new boats, a testament to an improved economy for some.

Our many months ashore were very busy. We got to spend some time at Lake George and more importantly time with our friends Bob and Tibby and John and Marion. Bob and John each have sailboats on the bay and fall sailing is a delight. Bob also has a deck boat and his “toe dipper” cruise helped celebrate our wedding anniversary. 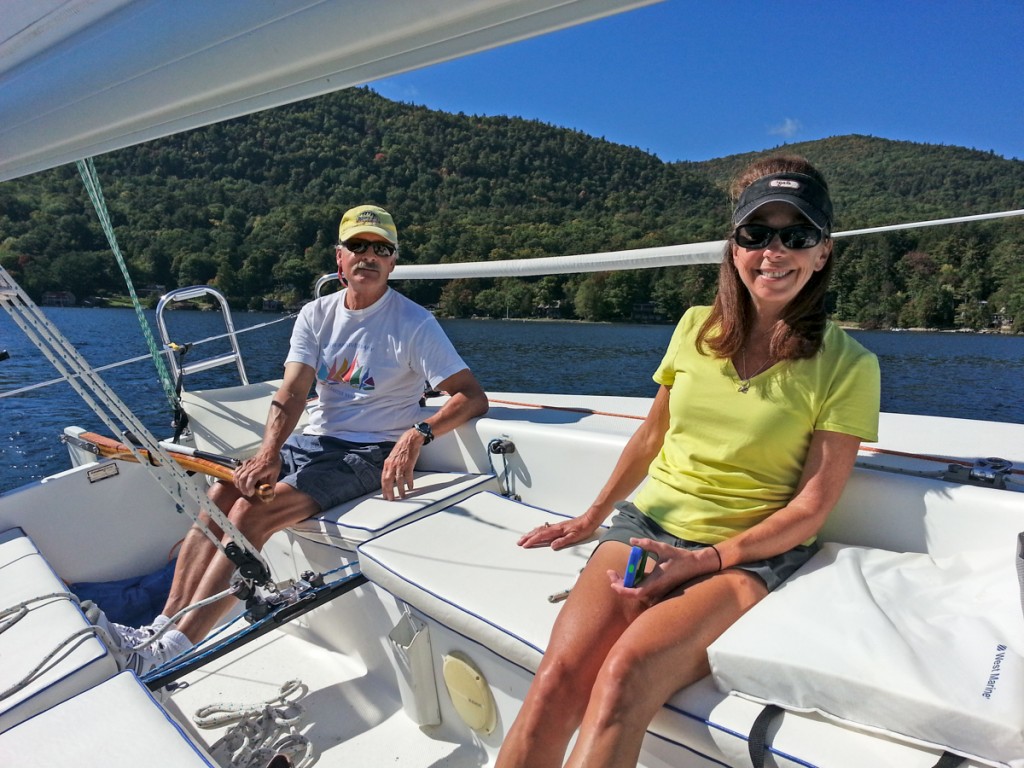 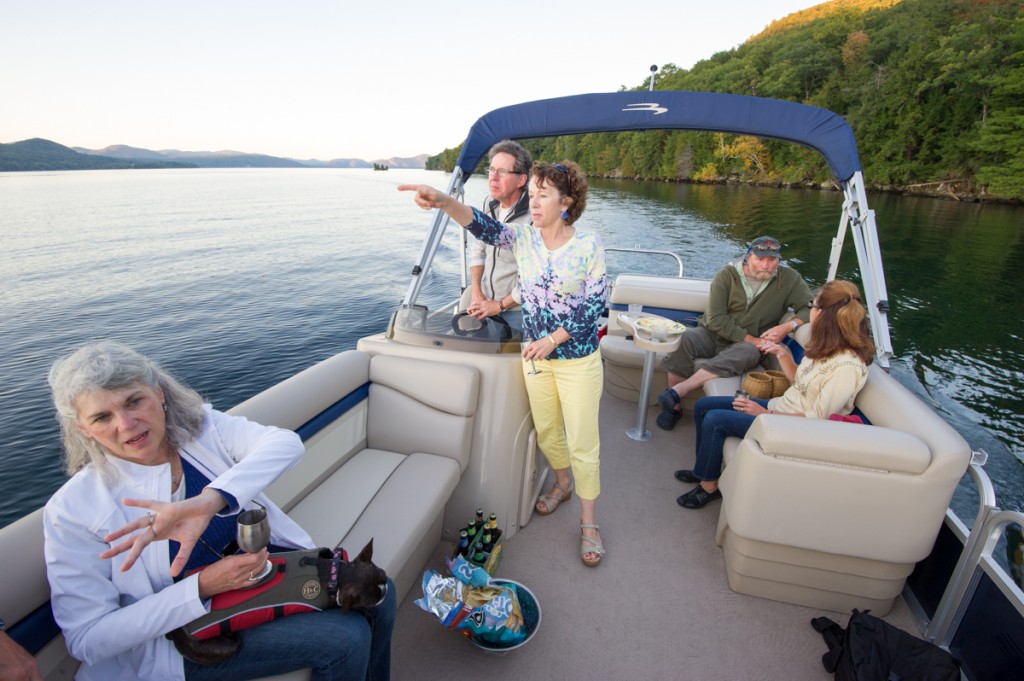 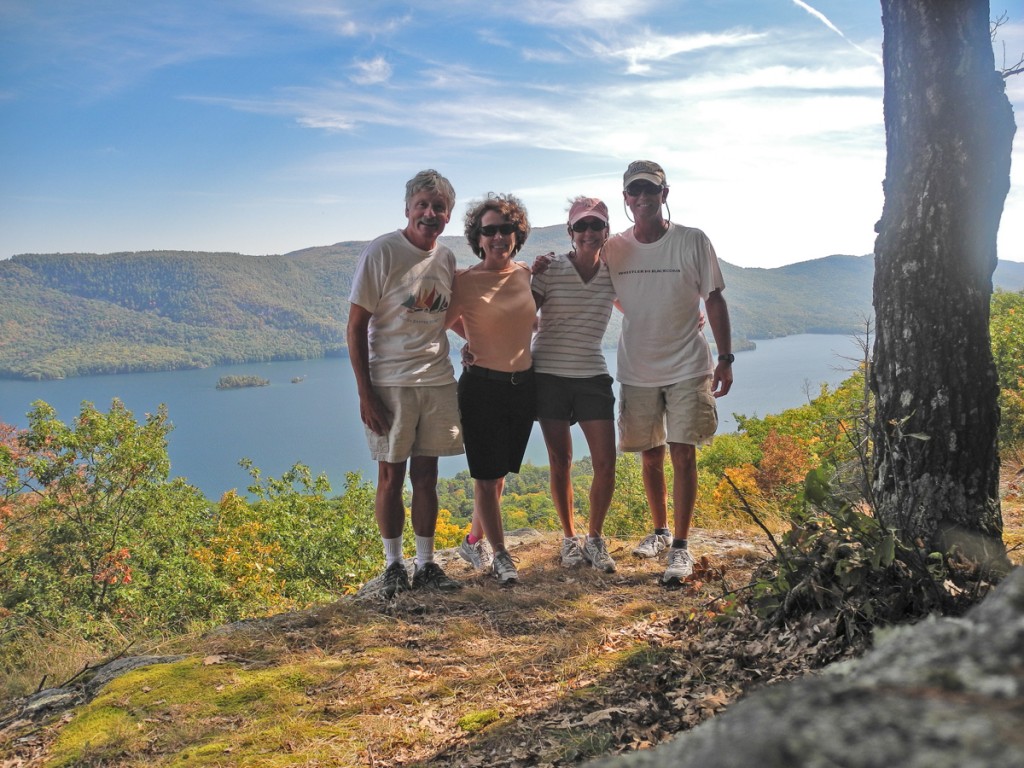 Inspiration Point with John and Marion

After closing up Lake George we returned to Vermont for the balance of the fall and winter. While some dread the winter we enjoy it. This season Vermont was blessed with over 150 inches of snow. This made for some awesome skiing and snowmobiling. Temperatures remained below freezing the entire winter so the snow just kept on piling up, at least here in the northeast. Elsewhere, like Colorado and other parts west, it was a different story. Snow was scarce.

Unfortunately Cath broke her ankle at Smugglers Notch the first week in January. Since we had a 10 day trip planned to Colorado she had one goal. Recuperation. The doctor said it would take about six weeks to heal enough to ski and that was enough time to allow her to ski on vacation. But she missed some great skiing back east.

At the top of Snowmass 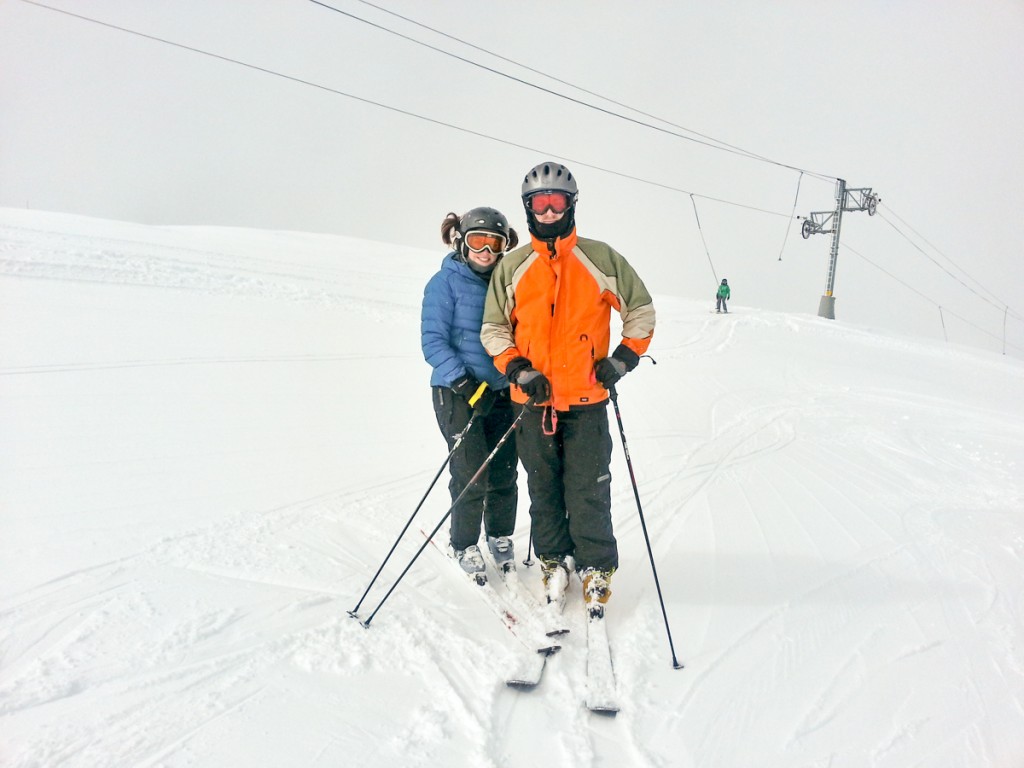 After a week of skiing at Snowmass with Tara and Andrew they returned home and we continued on to our friends home in Breckenridge. Jim and Beth we had met the year before in the Exumas. They are also skiers and their home has an awesome view of the Breckenridge slopes. It was a fun three days and we thank them.

Jim and Beth cooking for us 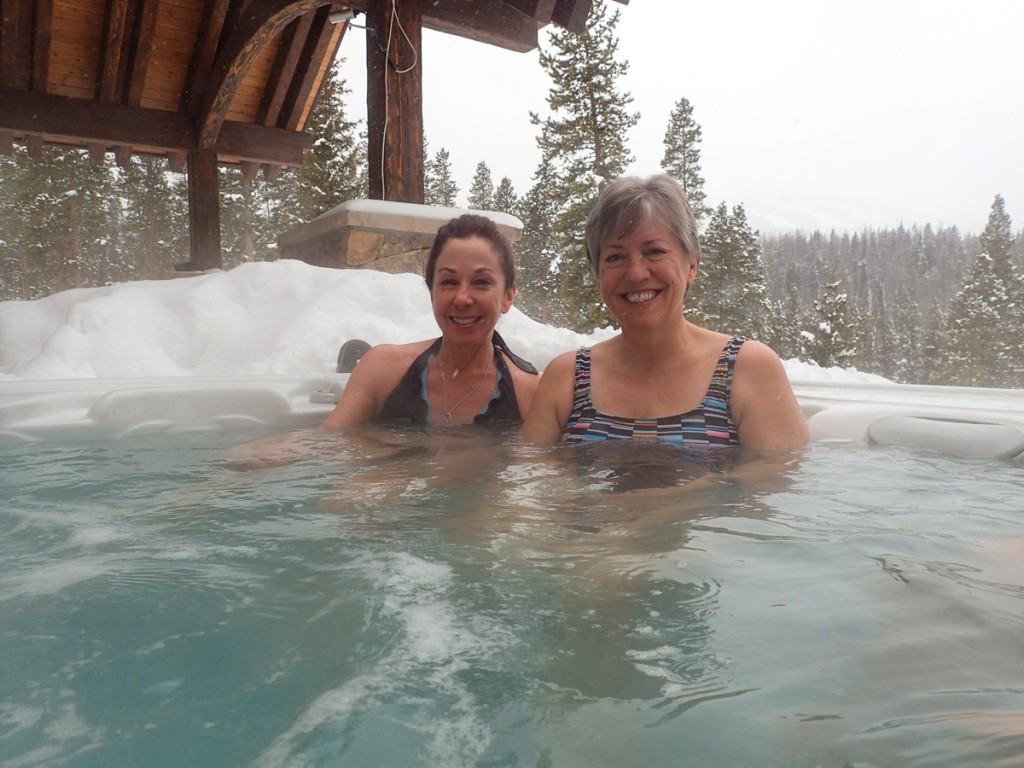 On a more somber note, while we were skiing at Breckenridge we learned that John and Marion’s son Matt had a tragic accident in Tahoe. He hit a chairlift stanchion and broke vertebrae resulting in paralysis from the chest down. As of this writing he, with the help of countless friends and family, is slowly recovering and adapting to a completely different way of life. Cath and I wish him the best. 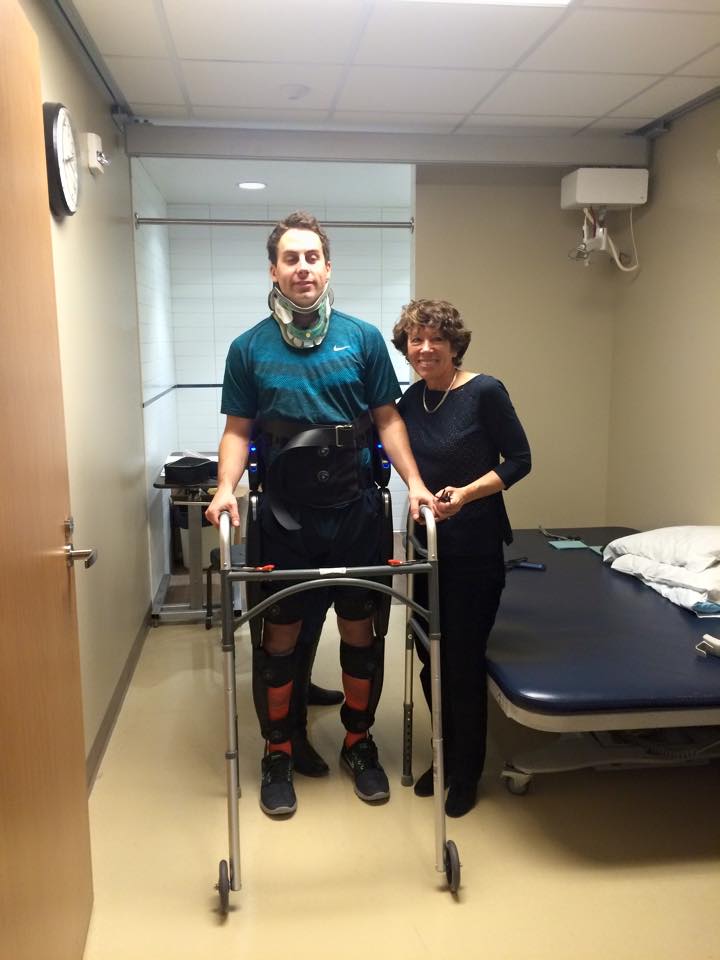 Matt and his mom

For a few years now my “employer” Stratton Mountain has held a 24 hour charity ski event. This year I decided to join the Resort Host team. While I was sick as a dog that week and was not much help to my teammates we finished in the middle of the pack. Not bad considering how small our team was. 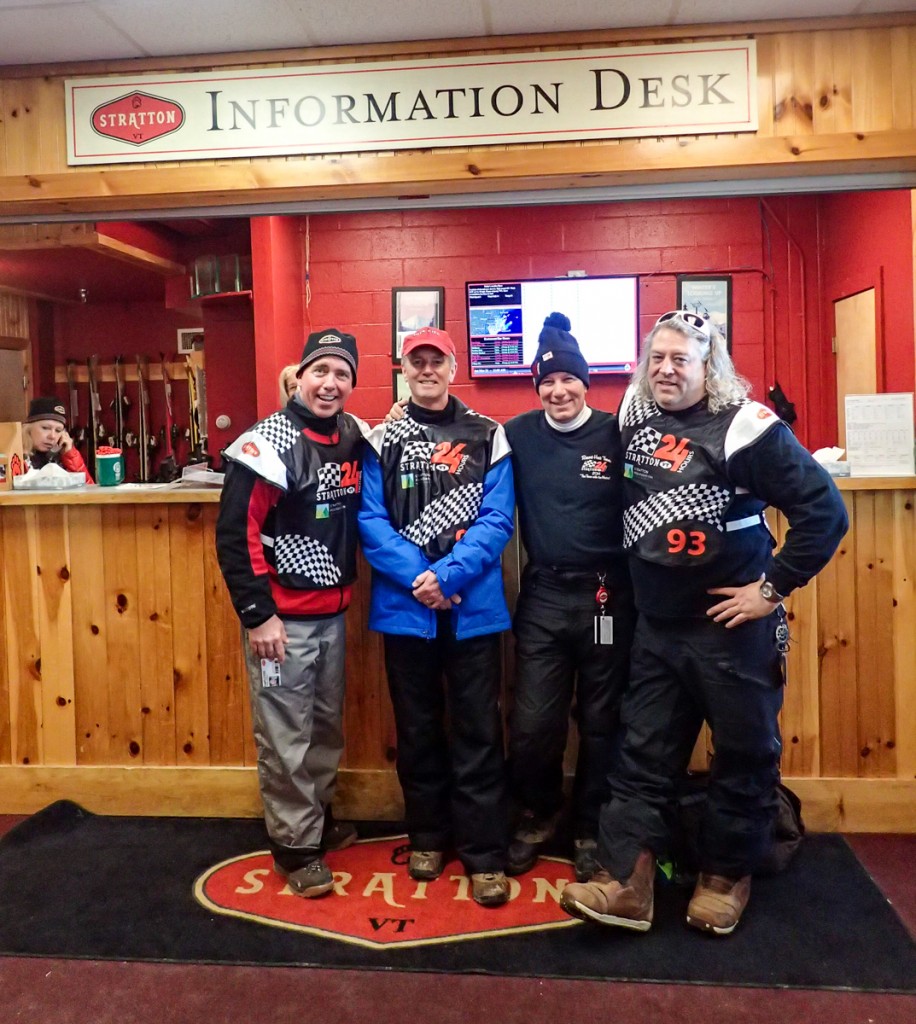 Early AM shift for me

So the winter ended and April arrived. In order to avoid some of the “mud” season in Vermont we planned a trip to Spain with a quick first stop in Portugal. It was a fantastic 15 day tour. All of the 23 tour mates were great and Antonio, the full time tour guide, was superb. Lot’s of photos here. 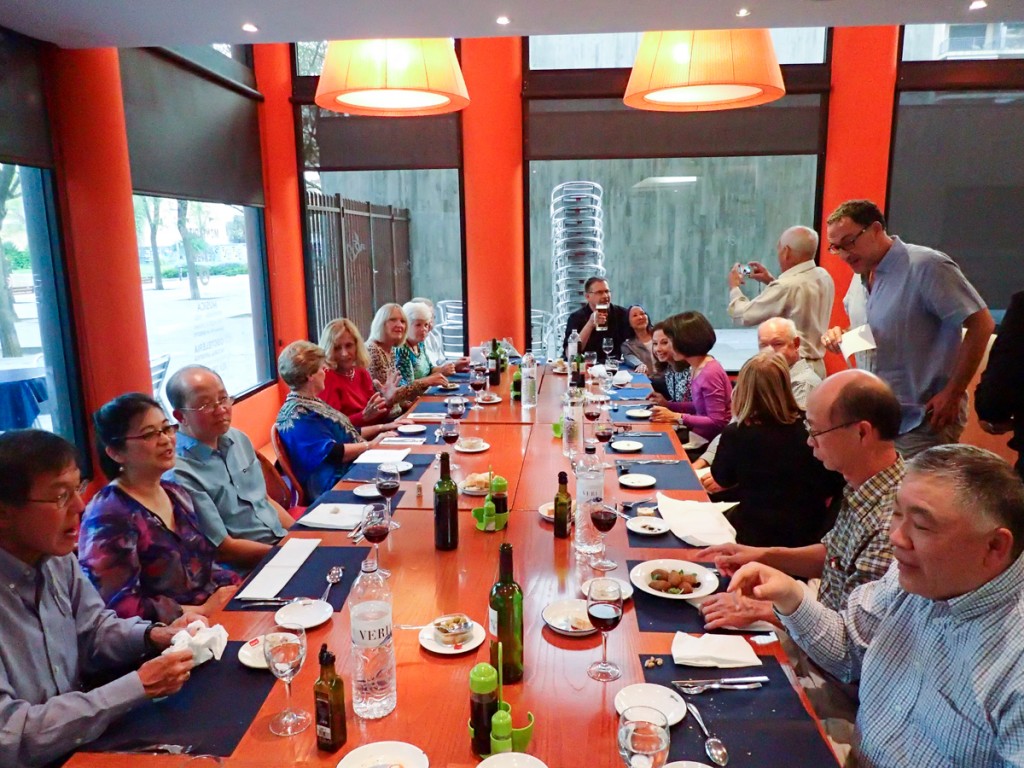 Before leaving Vermont for Big Smile we decided to pull the trigger on a large home project. It will include an addition and land clearing to provide views of the Green Mountains across the West River valley. The land clearing started two weeks prior to our leaving so we were able to get an idea of what the cleared view will be. 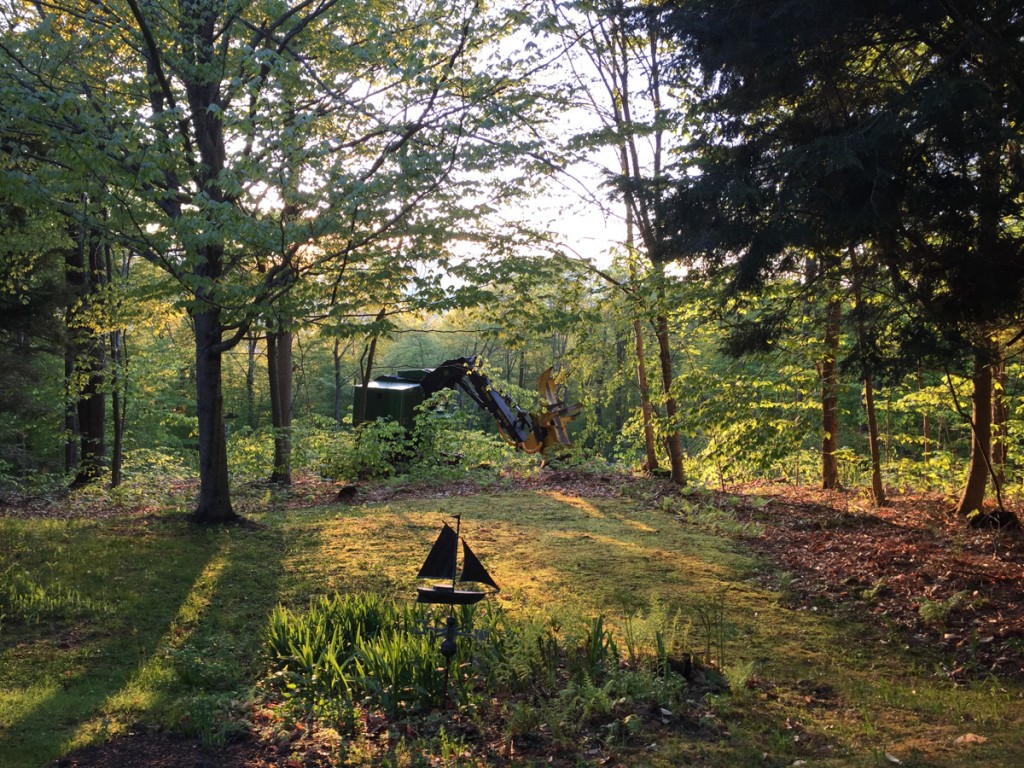 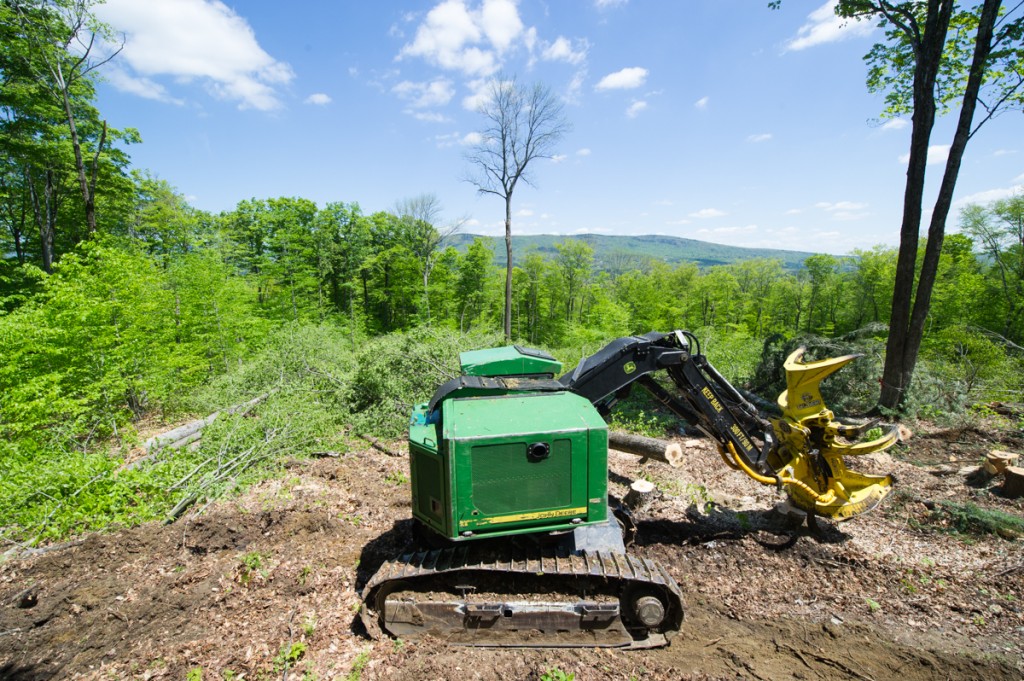 This machine does the heavy work

So we are now on Big Smile for the next six months or more. We will spend a month at Dysart’s Marina in Southwest Harbor. Since we have a car we will also do lots of land exploring. Southwest Harbor is located on Mt. Desert Island (MDI), home of Acadia National Park. Acadia is the oldest national park east of the Mississippi and was originally named Lafayette National Park. In the fall of 1604 Samuel de Champlain observed the island and named it Mt Desert.

The season here in Maine starts late and ends early. We launched before Memorial weekend and maybe 5 percent of the boats were in the water. Each day more Hinckleys splash and many come to Dysart’s Marina for a couple of days before moving on to their summer destination. It’s a beautiful parade of classic sail and new Hinckley power boats. 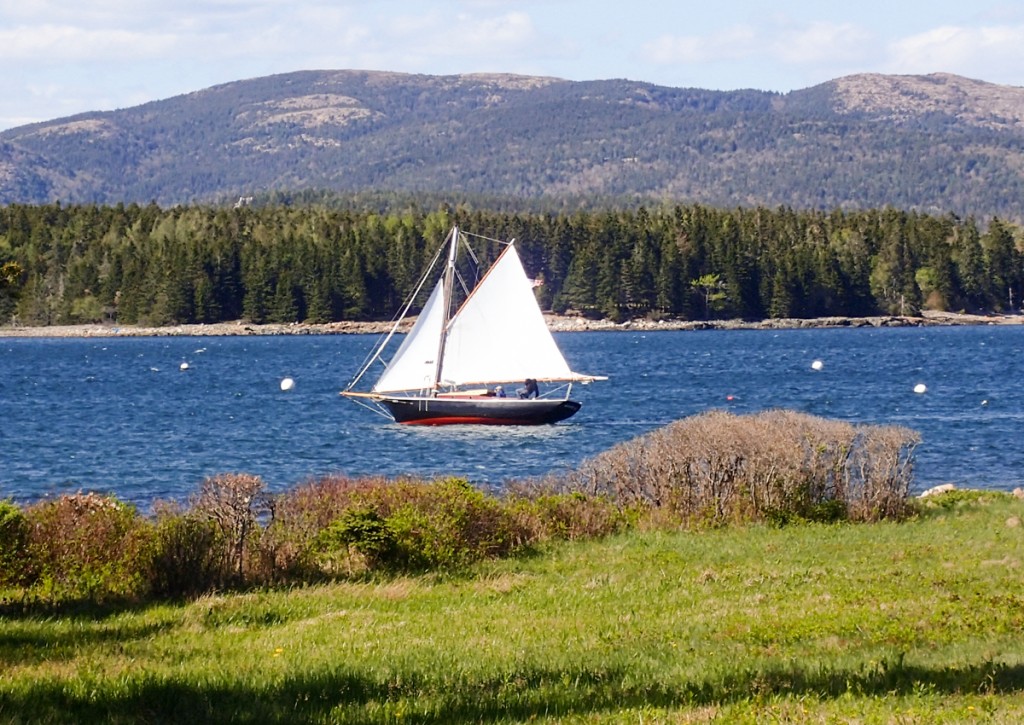 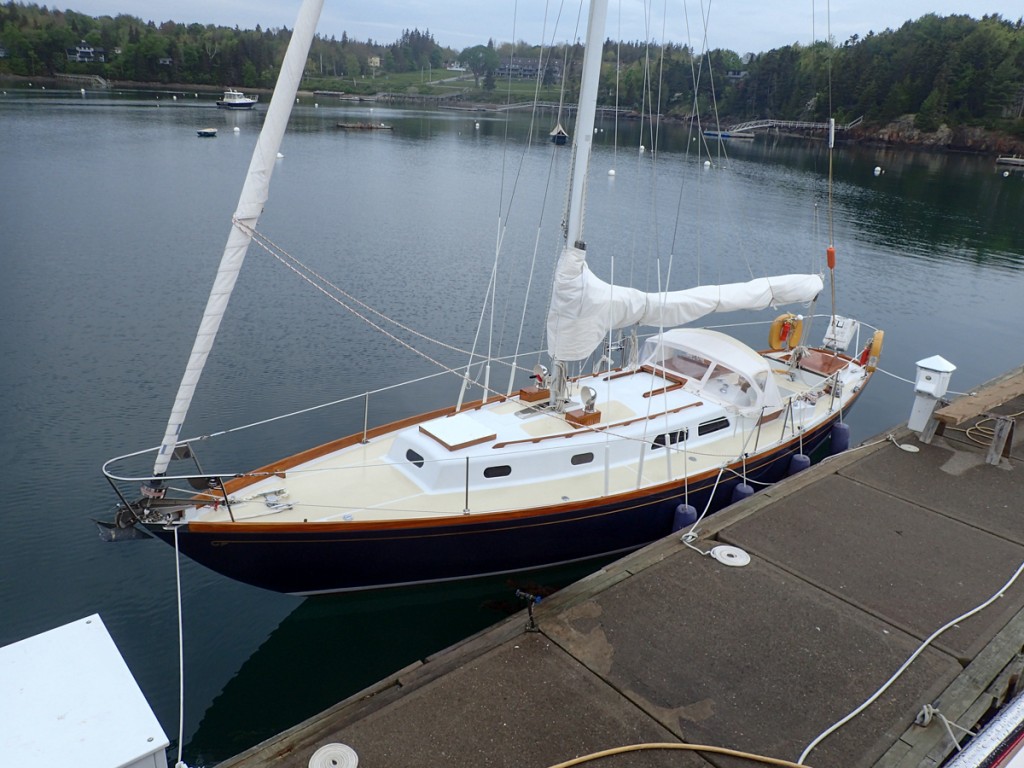 1966 Hinckley across the dock 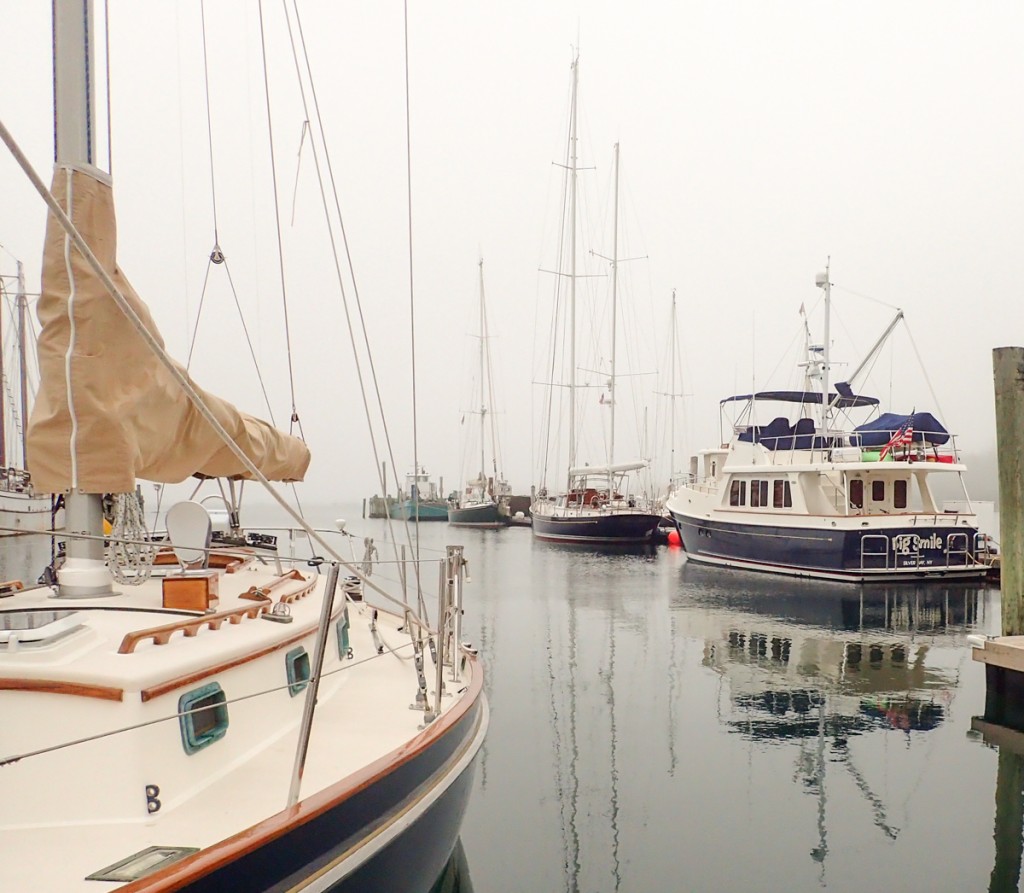 Foggy morning on the dock 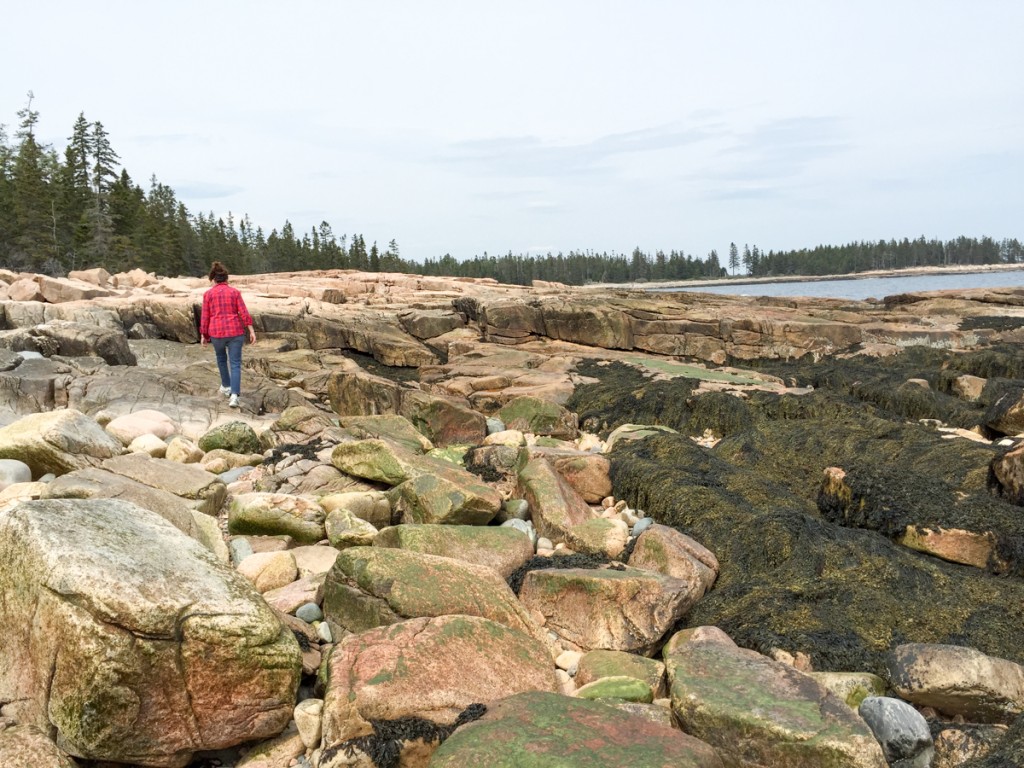