Over the last two days we covered approximately 120 miles from West End Grand Bahama to where we are currently anchored at Green Turtle. On the way we tried our hand at fishing. We are complete beginners and are winging it as we go. Prior to leaving the states we bought a great book ” Sport Fish of Florida”. It has 250 pages with beautiful illustrations and descriptions of all the fish we might encounter in our travels. Well it proved its worth in the first two days as we successfully caught, identified, and released three different species shown in the photos below. We are experimenting with different lures and purchased various frozen bait back in Stuart to try out in the next couple of weeks. Next up? Learning how to clean them. 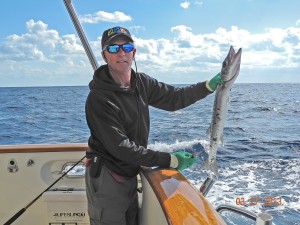 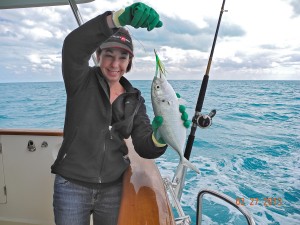 Bar Jack putting up a fight

After more than two months at Sunset Bay Marina we finally untied the lines and left for our expected trip to the Bahamas. But like the start of the year plan changes are the rule of the day and that’s how and why we are at West End Grand Bahama again. After a final dinner in Stuart Saturday night with our dock neighbors, Gary and Terri we awoke at sunrise. A quick fuel up and we headed down the intracoastal for a Sunday ride to Lake Worth. As it was a beautiful Sunday and the end of the Palm Beach boat show the ICW was busy and we did a bit of waiting for bridges to open. Some open on request while others open on the quarter or half hour. A leisurely motor got us to Lake Worth at 2:30 where we anchored in the large lake basin amid many sailboats.

I must give kudos to the entire staff at Sunset Bay. They were polite and professional and made the entire stay enjoyable. Kudos too to Bobby and Mary McKee, our dock neighbors and owners of Mary T Yacht Services. Under Bob and Mary’s direction Big Smile was washed, waxed and had all the teak stripped and refinished with 12 coats of All Spar and Awlbrite. All caulking between teak and other finishes was removed and recaulked. It looks superb and we highly recommend them. I can’t forget Danielle Heaton owner of Alpha Diver who came on a Saturday to scrape and clean the bottom and replace zincs as required. Great person. 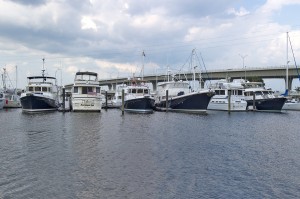 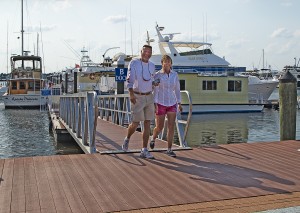 We left Lake Worth early Monday morning to head across the stream. Monday was the day as a weather front was arriving and would delay us for at least three days so with a decent forecast we weighed anchor. We arrived at Old Bahama Bay Marina after a relatively easy nine hour crossing from Lake Worth. The wind picked up to 15+ knots but the seas remained on our port quarter so not too much rolling. We pulled in to an almost empty marina which surprised us as last June the place was packed. There were 5 mega yachts side tied and they were impressive. The tie up and customs procedure were easy. The dock master hands us the forms after he gets us tied up and tells customs I will be over in a few minutes to clear us in. The process is simple except for shelling out the $300 cash for cruising in the Bahamas. 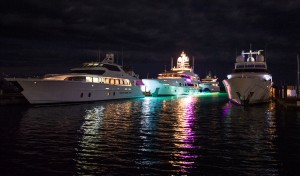 We are hear again instead of heading to the Exumas because of events back in New Jersey. Several weeks ago we put our home on the market expecting 3 months or so to sell it. We had four offers in two days and signed a contract on the third day. Now this of course is great news but it forced us to stay much closer to the US and shorten our Bahama excursion. So right now we are spending a second night at Old Bahama Bay and spent part of the day on the phone with our attorney and sending emails to our realtor and others involved in the sales process. So far, so good. We will need to find decent internet access again in a couple of days as we will push out of here tomorrow. 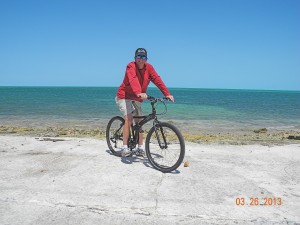 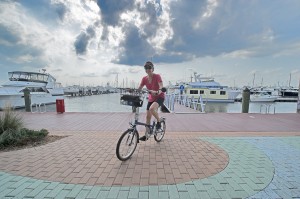 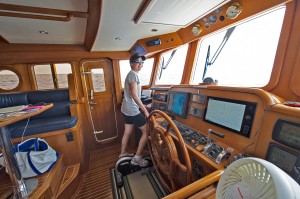