Our last night on Bras d’Or Lake and we are anchored in St Peters a quarter mile from the St Peters Lock. Our plans were to transit the lock today but with 15-20 knot winds and more importantly seas measuring 8 @ 8 we have decided to wait a day for things to settle down in the Atlantic. Anchoring near St Peters Marina is great as the dinghy dock is free and their free wifi reaches out into the harbor with our antenna booster.

The 170 mile trip from Halifax to St Peters took us five days but that includes a rare turn around day. There are numerous anchorages along the route as you make your way up the eastern shore of Nova Scotia. These anchorages however, while protected, offer no services, only a place to drop the hook. The weather was not very cooperative. Cool, overcast, foggy with rain and thunderstorms. Our turn around happened after our second anchorage. We left Liscomb Harbor and headed into the Atlantic. A half mile of pounding convinced us to turn around and drop the hook in Spanish Ship Harbor which is off Liscomb. It was the right move as seas the following day were much nicer. 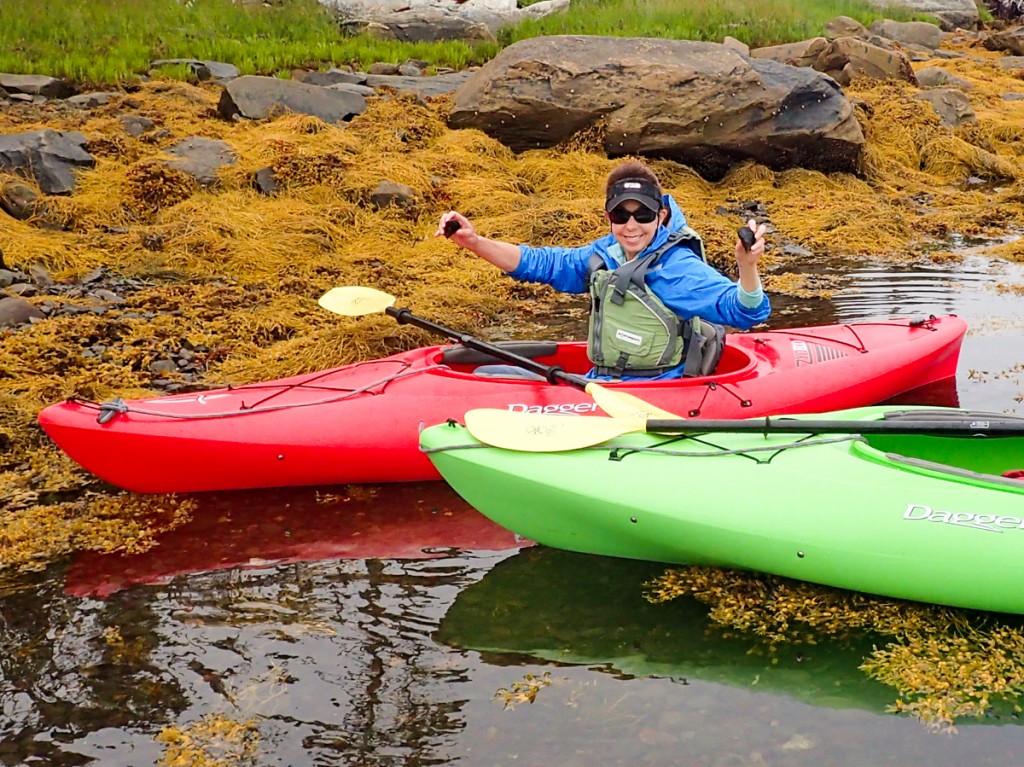 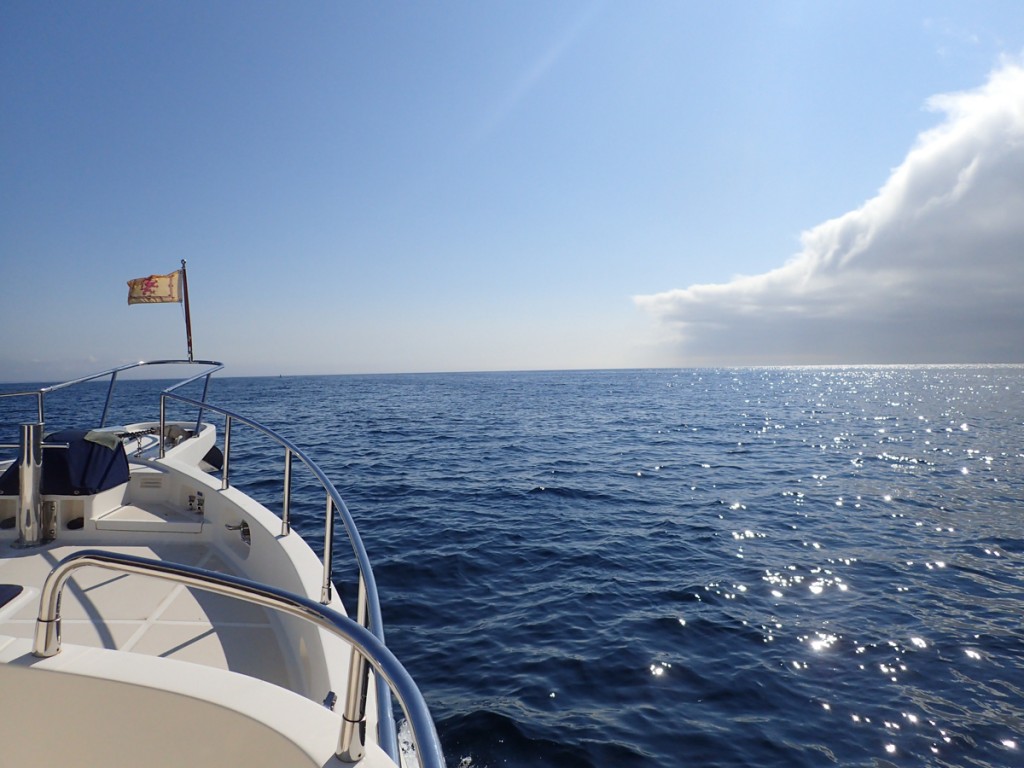 A fast moving front as we cruise up the coast

We left our last anchorage in Tor Bay just before 7AM. Seven hours later we were transiting the St Peters lock and canal to start our two weeks cruising the lake. The lock, completed in 1869, connects the Canso Straight and Atlantic Ocean with the lake. It is the only “double” gate tidal lock in North America. The double gates are required to compensate for the difference in the timing of the tides between the lake and the ocean. 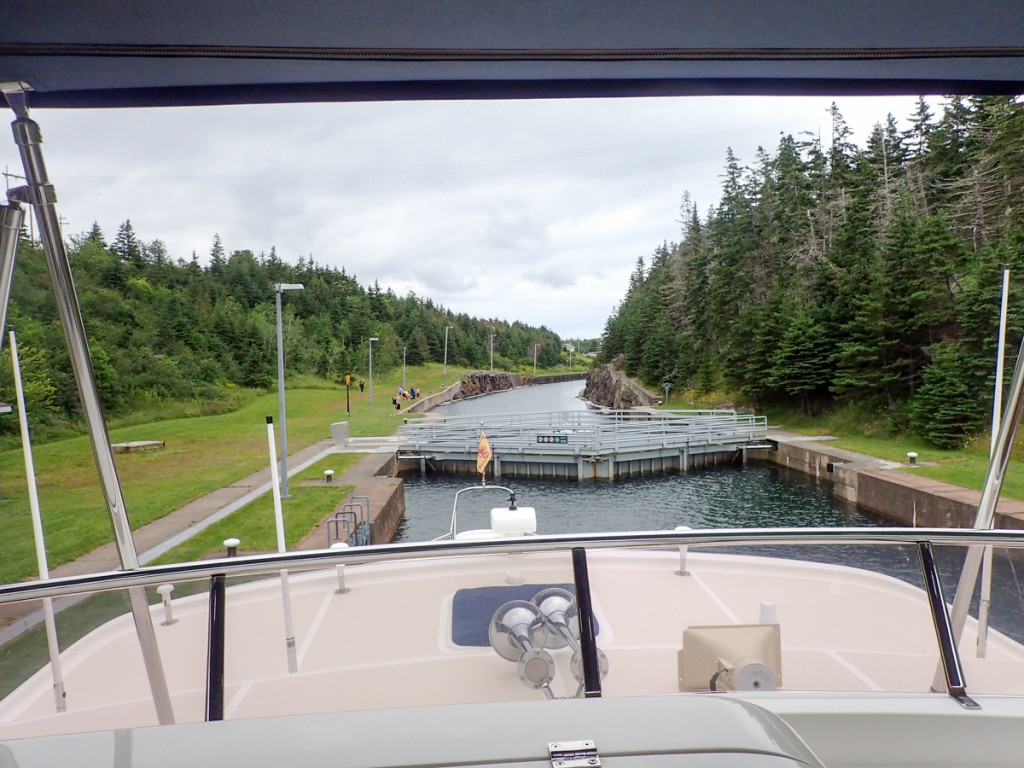 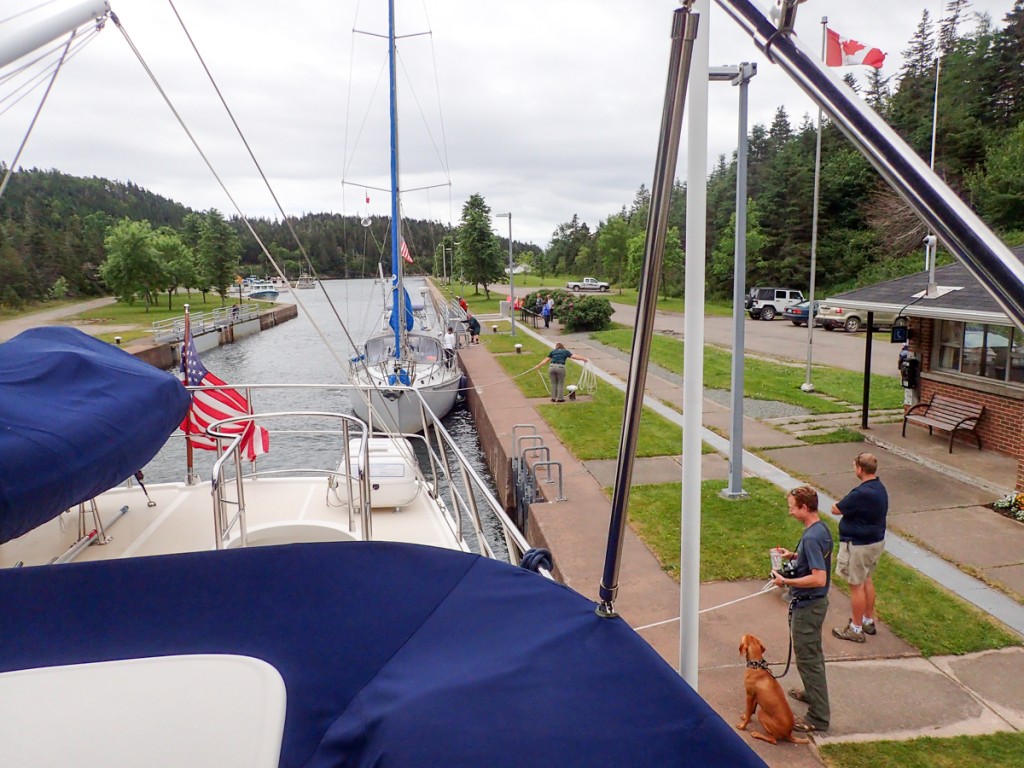 Locking thru with the sailboat “Second Sally” 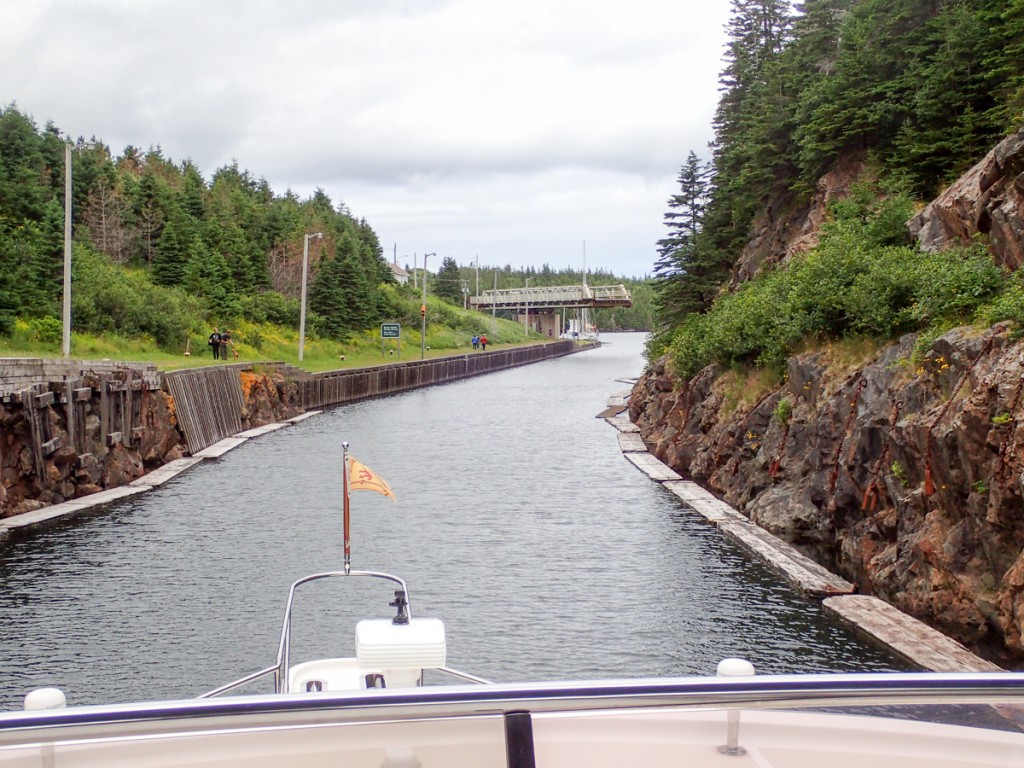 Swing bridge on opposite end of canal opens as we approach

We started our Bras d’Or Lake adventure in St Peters just as we are now ending it. Bras d’Or Lake is really an inland sea. It’s water is partially fresh and partially salt. The lake is enormous. It measures roughly 62 miles long, 31 miles wide and has a maximum depth of over 900 feet. Fortunately for boaters the depths in the many coves average only 15 to 30 feet. And better still the holding is glue-like mud. As I write this the wind is howling and spinning Big Smile on its axis but our anchor has not budged.

Our goal was to explore some of the small anchorages in the lake but also spend some time in Baddeck and rent a car. Baddeck is the counties “Shire Town”, or administrative seat and is home to the Bras d’Or Yacht Club. The four days we picked to spend in Baddeck coincided with the annual Bra d’Or Yacht Club Regatta. This week long event starts with an opening day boat parade. We happened to be anchored right in the middle of the event. They did not ask us to move, they just sailed around us. 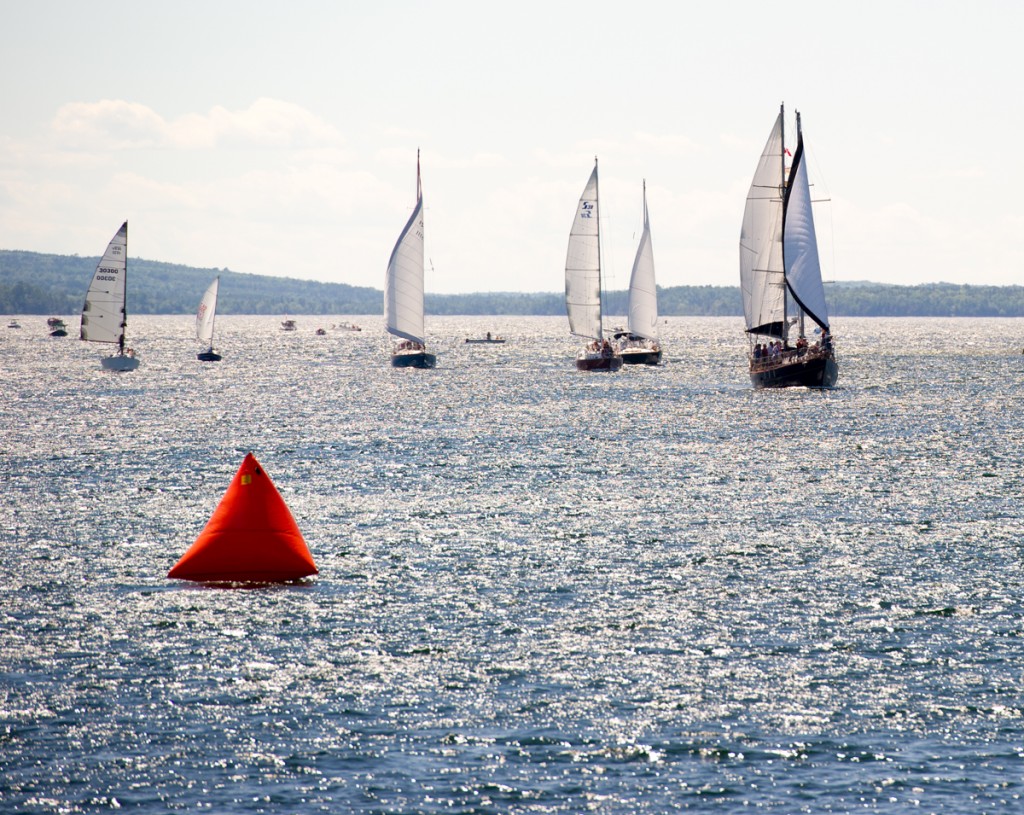 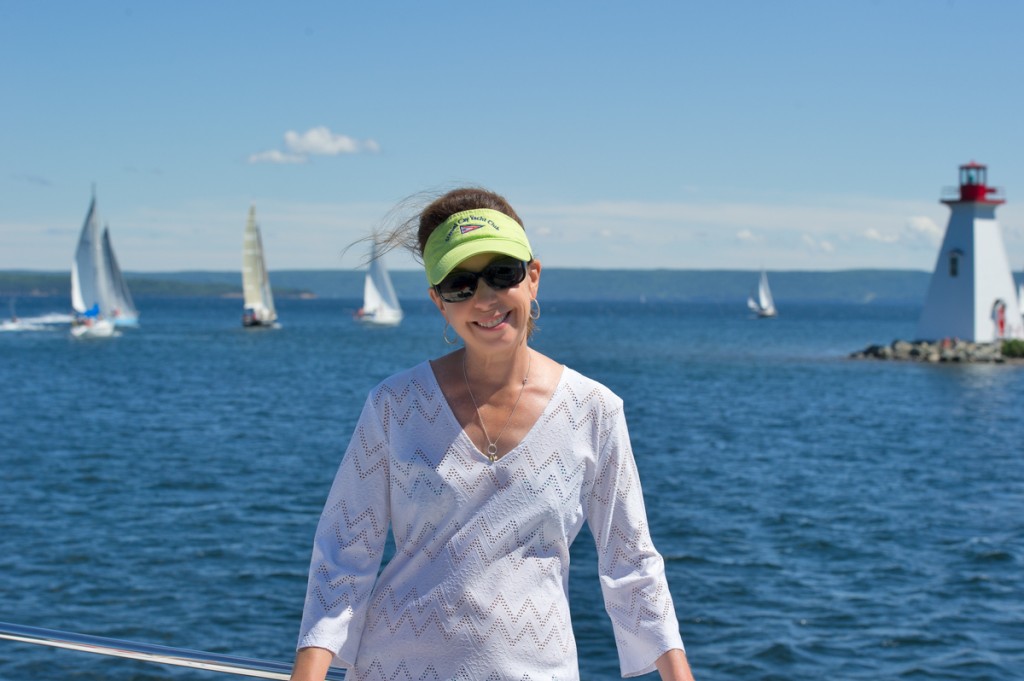 Front row seats for us 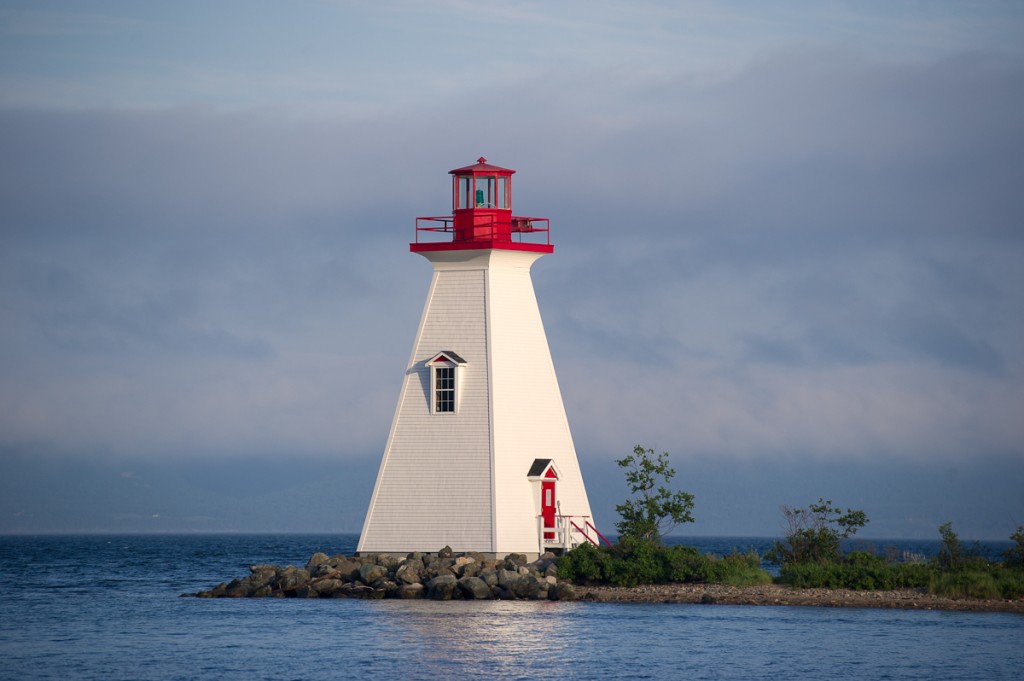 We both really enjoy Scottish and Irish fiddle music and step dancing. We were thrilled to attend our first Ceilidh (pronounced Kaylee). Ceilidh is Gaelic for a gathering or social event involving music and often dancing. Our first Ceilidh was in Baddeck and featured Buddy MacDonald and Howie MacDonald. They are not related. A small room in an old church hall has been holding the Baddeck gatherings for years. It was great music and fun. 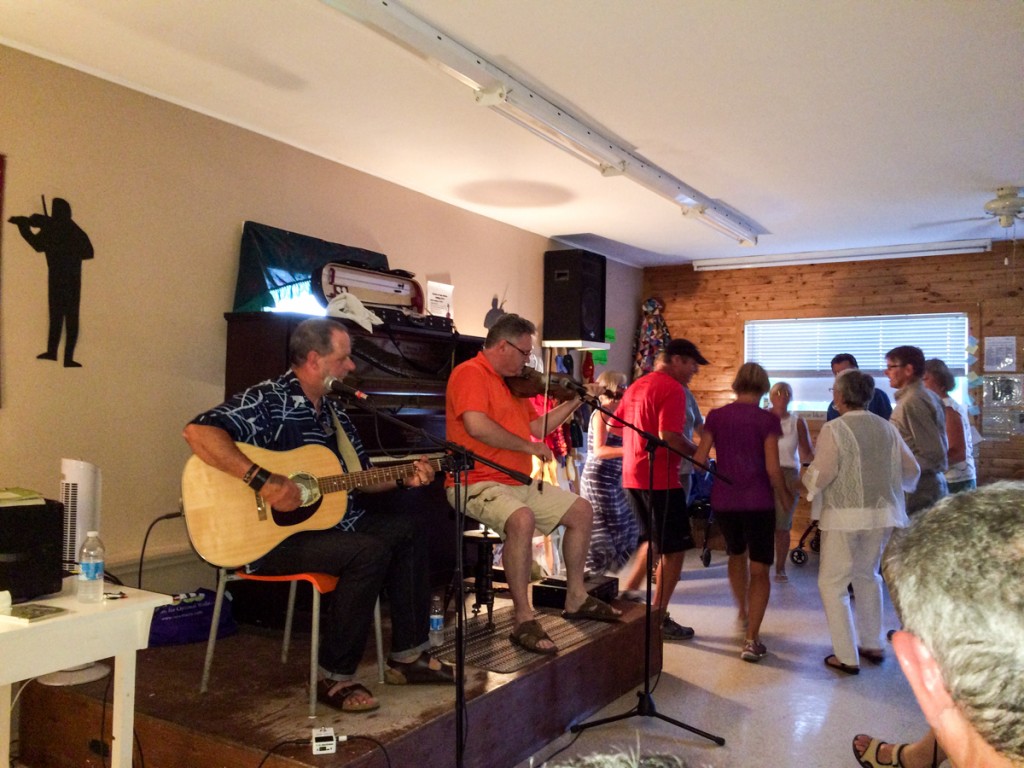 Also in Baddeck Cath decided to give paddle boarding a try. An hour on the board and I think she liked it.

First time on a paddle board

After leaving Baddeck we slowly traveled to Ben Eoin Marina where we left Big Smile for a couple of days while we explored the Cabot Trail by car. I had not driven the trail in 40 years. It is spectacular scenery with several links golf resorts along the way. The Keltic Lodge is one of them. 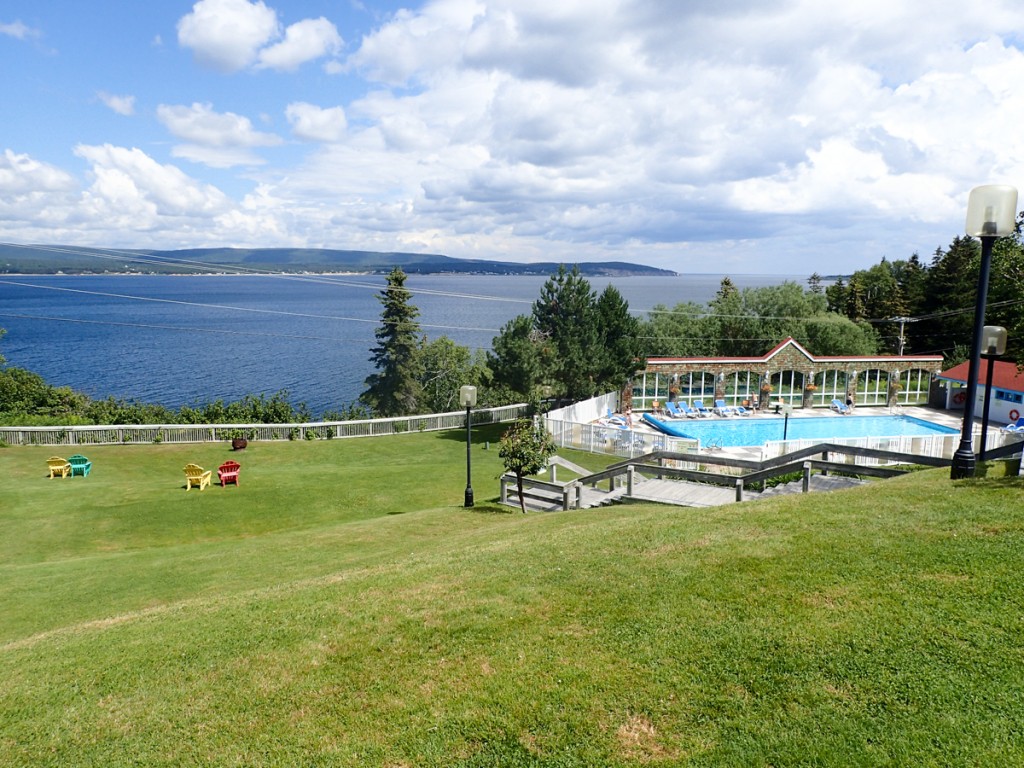 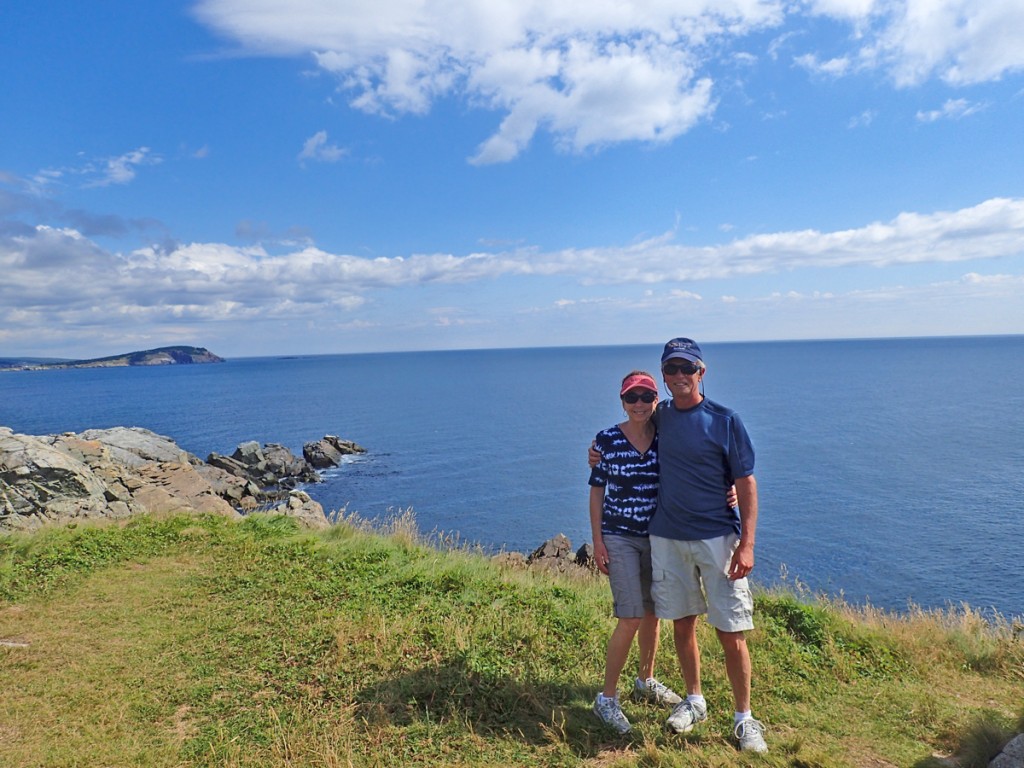 Although the 185 mile Cabot Trail is paved many of the Cape Breton roads are unpaved and many still turn into un-passable dirt paths. We managed to turn our rented Ford Fusion into an off-road vehicle. 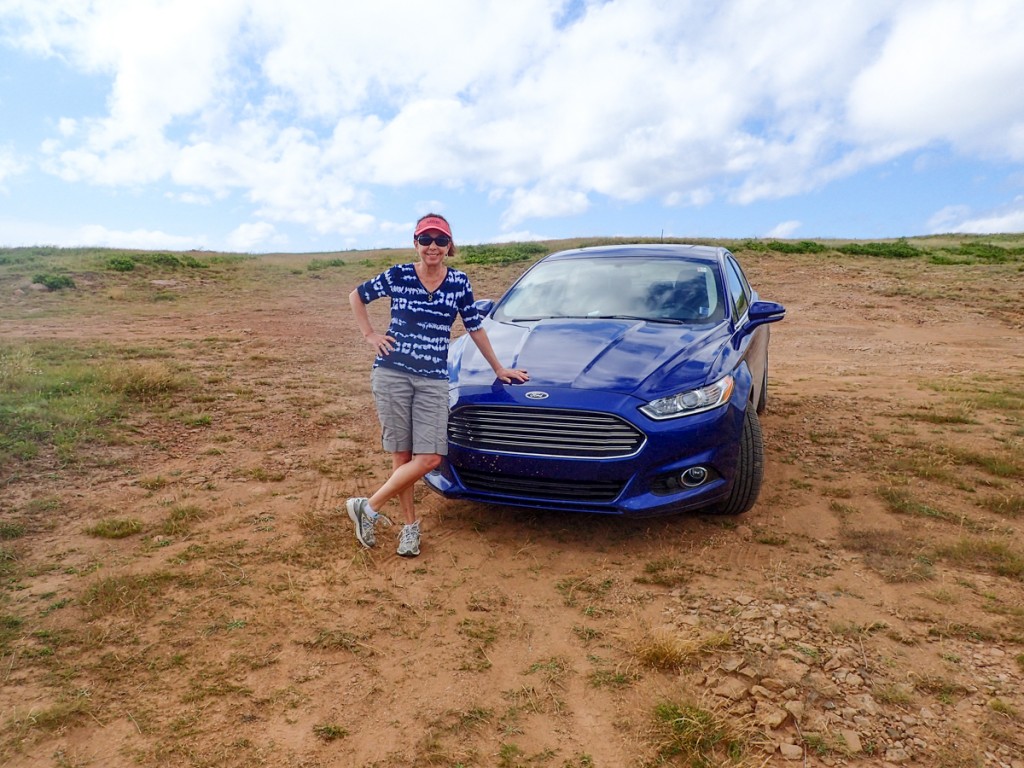 On the western coast of Cape Breton is the Celtic Shores Coastal Trail. It is an old rail bed now a mixed use, 57 mile shoreline trail. We hiked only a few miles of it but we will return someday. It is gorgeous. 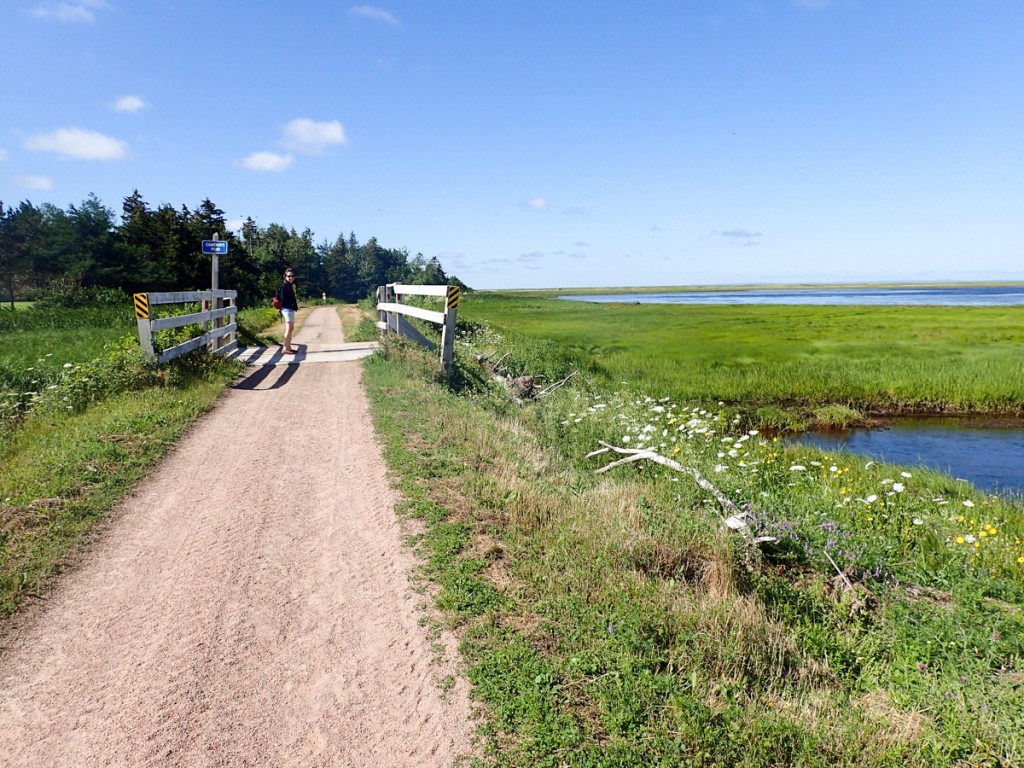 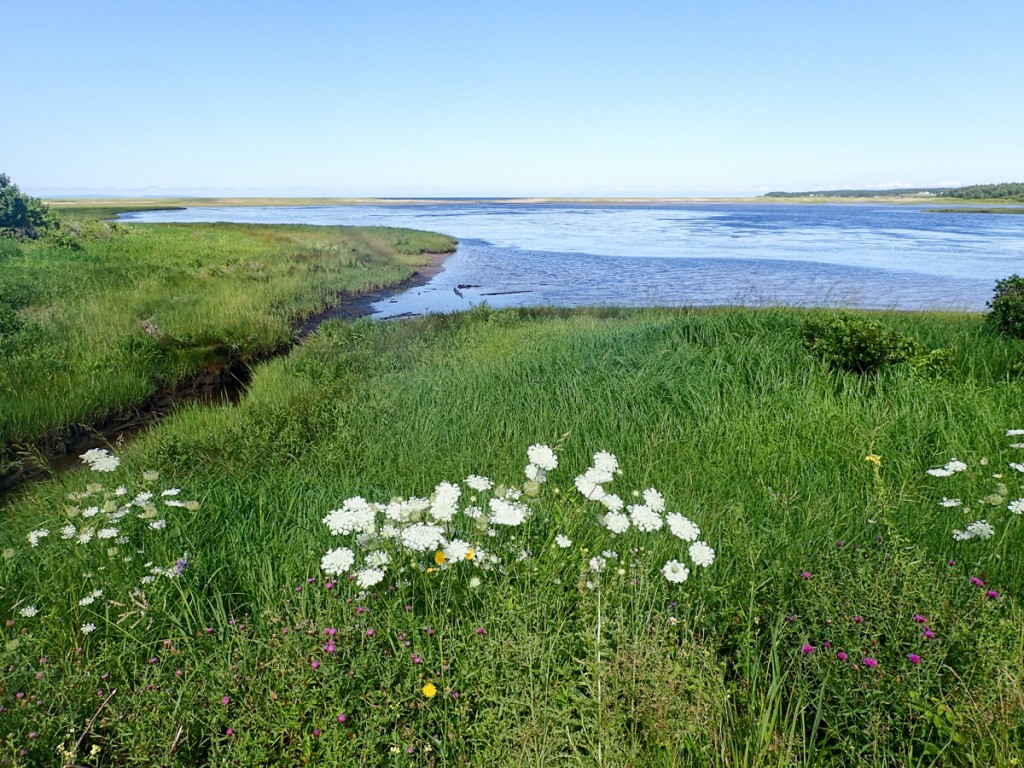 View from the trail

We stayed at the Duncreigan Inn for one night. It is in Mabou home of the Red Shoe Pub. The pub is owned by the Rankin family, a well know music family. We had dinner at the Red Shoe but for entertainment we drove five miles to the Glenora Distillery. There, a fiddler and piano player entertained us in the bar.

A must stop 30 miles or so south of Mabou is the Celtic Music Interpretive Center. It is part restaurant and part museum. We ate lunch and listened to two fantastic musicians. 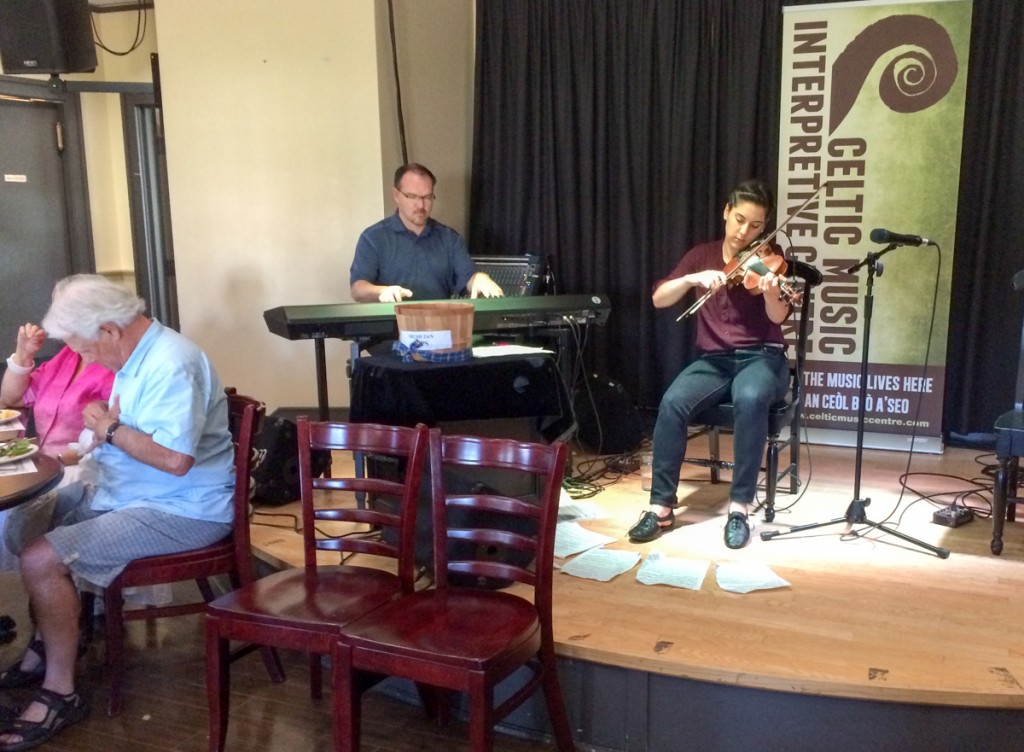 A long drive back to Ben Eoin Marina and our car trip was over. But since it was Friday night “wing night” at the marinas bar/lounge it also included a rocking fiddler and guitarist. Great way to end the marina stay. 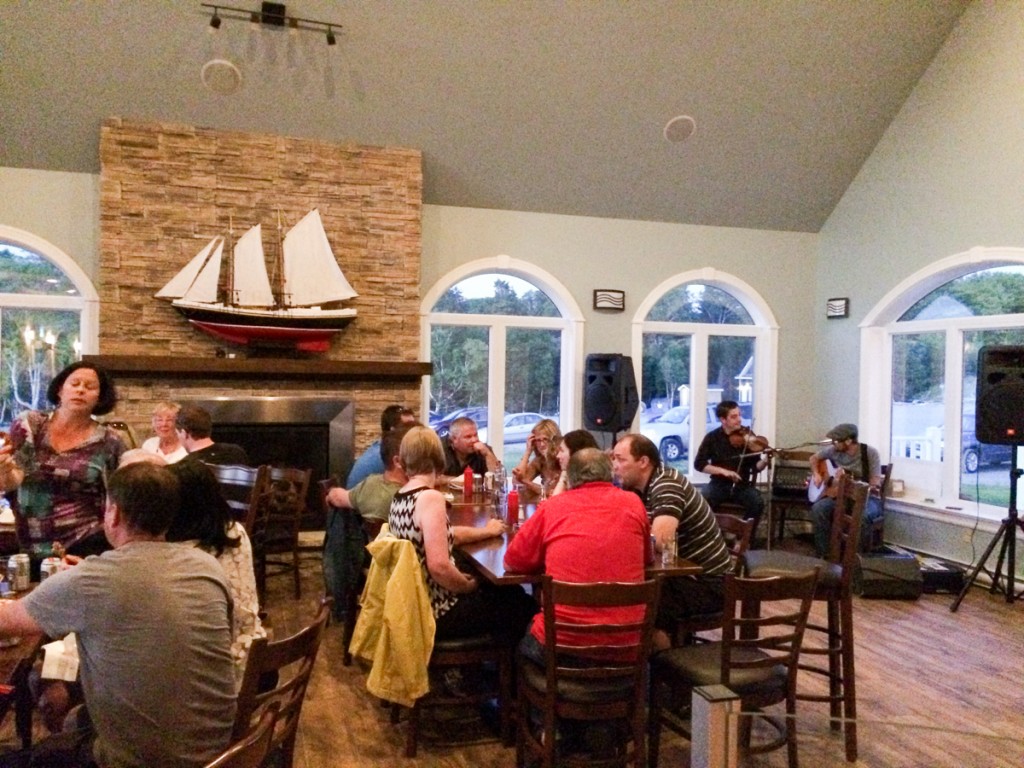 It’s 4:30 in the afternoon, the wind is still piping and boats come and go. We will leave tomorrow and catch the first lock opening at 8AM. With luck the winds and seas will have subsided.

The Cape Breton experience has rekindled my Scottish heritage research. Tens of thousands of Scots came over in the 17 and 1800’s. Cath and I have never seen so many Mac’s and Mc’s. 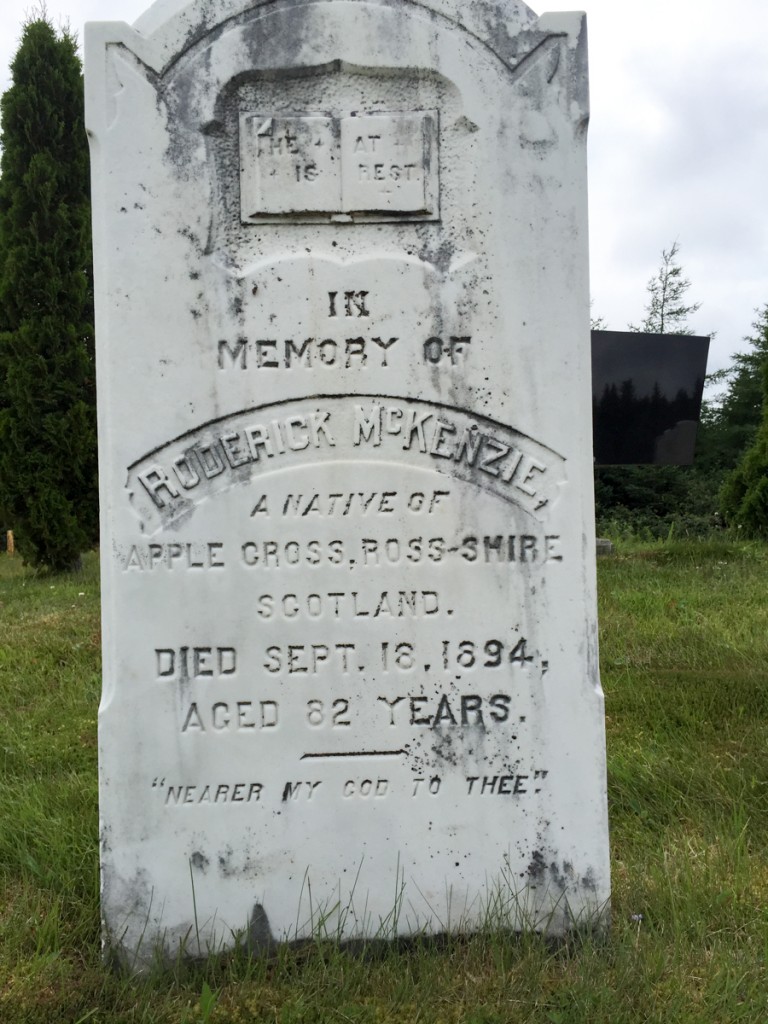 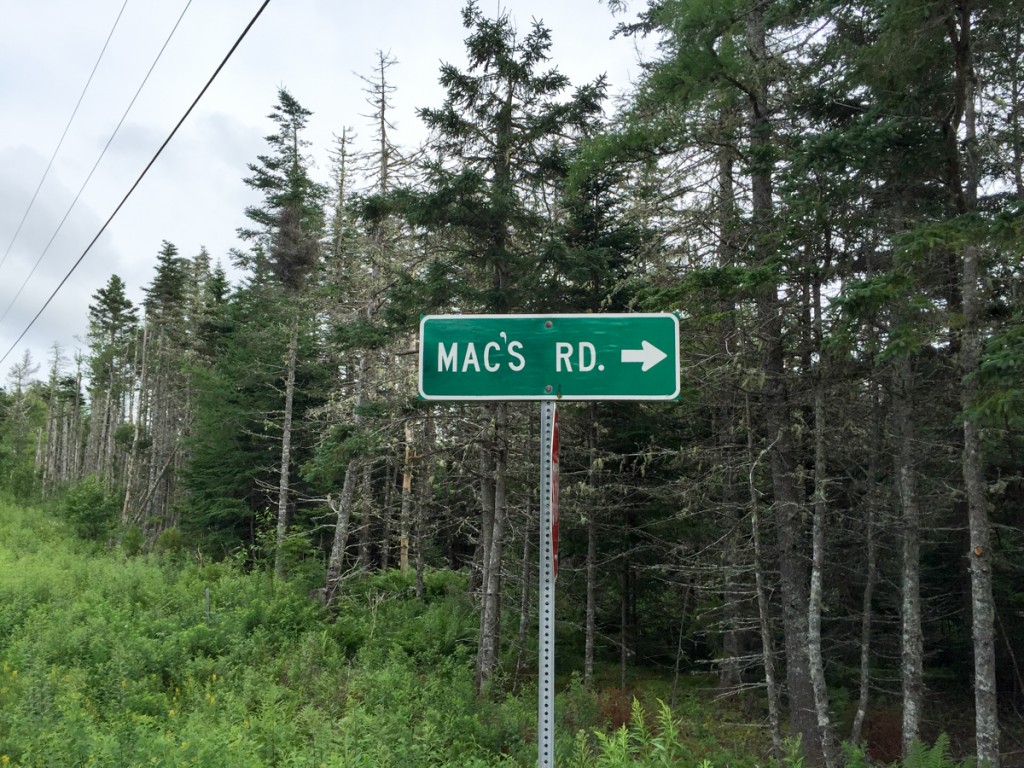 My father would approve