Well it took us twelve days to cruise from St Peters to Southwest Harbor, Maine. Leaving Bras d’Or Lake the same way we arrived we transitted the St Peters lock/canal on a beautiful day and followed a sloop on thru. Since the weather was cooperating we decided to make it a long day. So eleven hours later we inched into a very small anchorage behind Tuffin Island. Desolate and beautiful Tuffin Island is one of those anchorages you want to do in settled weather. It’s tight and narrow with a rocky coastline. The evening was perfect. 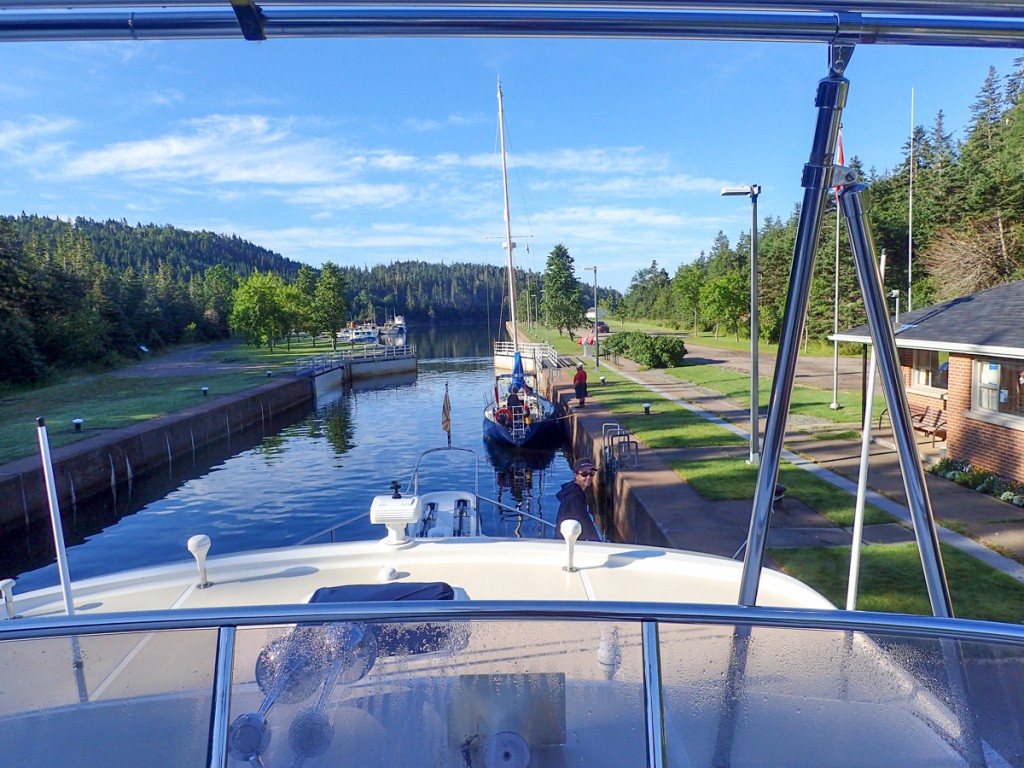 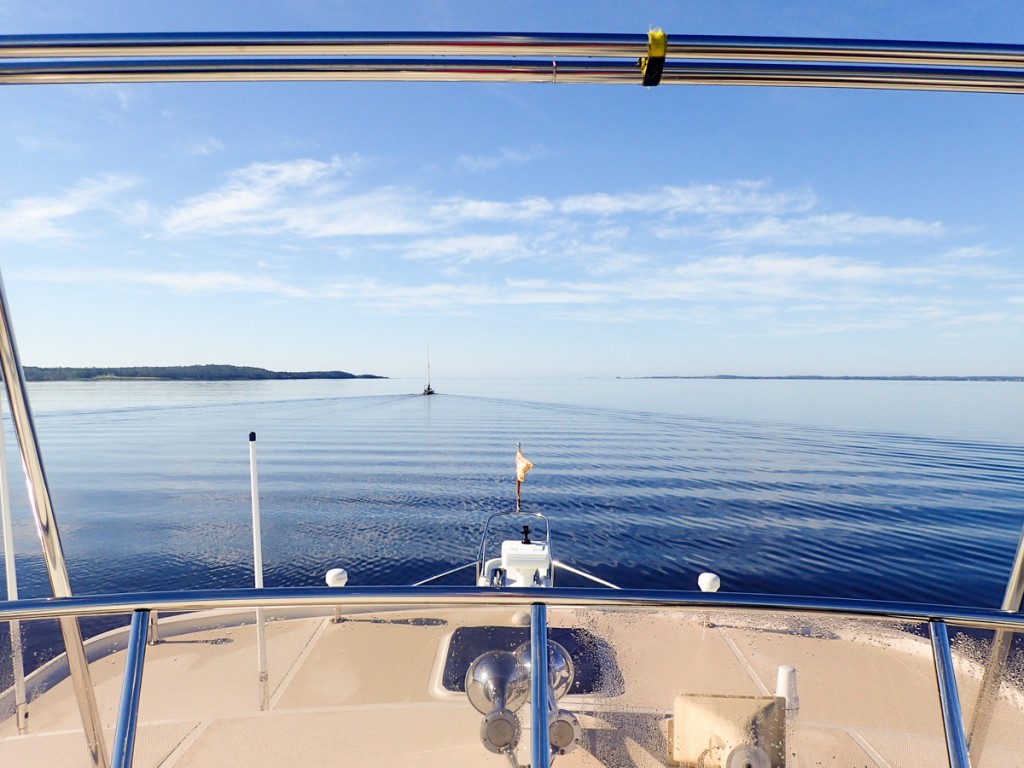 We awoke to nasty weather. It had been forecast but the change in wind made this anchorage untenable. We knew a protected anchorage lay four hours west so we weighed anchor at 7:30 and left. While it was the right decision to leave this particular anchorage the seas we encountered were the worst in our nearly four years cruising. The wind was a consistent 20 knots but the waves were steep and nasty. I did not want to tax the autopilot and hand-steered the entire way. Four hours standing at the wheel is tiring and we were glad to drop the hook at Tangier Cove and regroup. We ended up staying two nights as the weather did not abate. But on the second morning things looked promising and we pulled out. It was to be another long day but when we pulled into Cub Basin eight hours later we knew we had chosen the perfect spot. 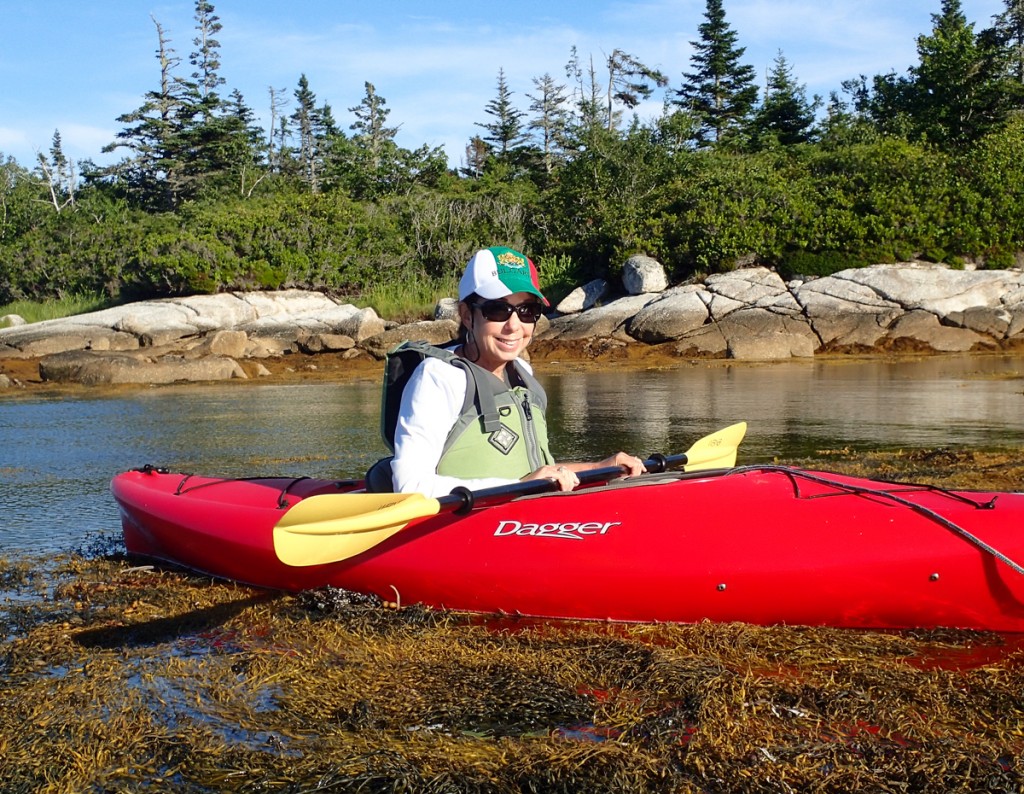 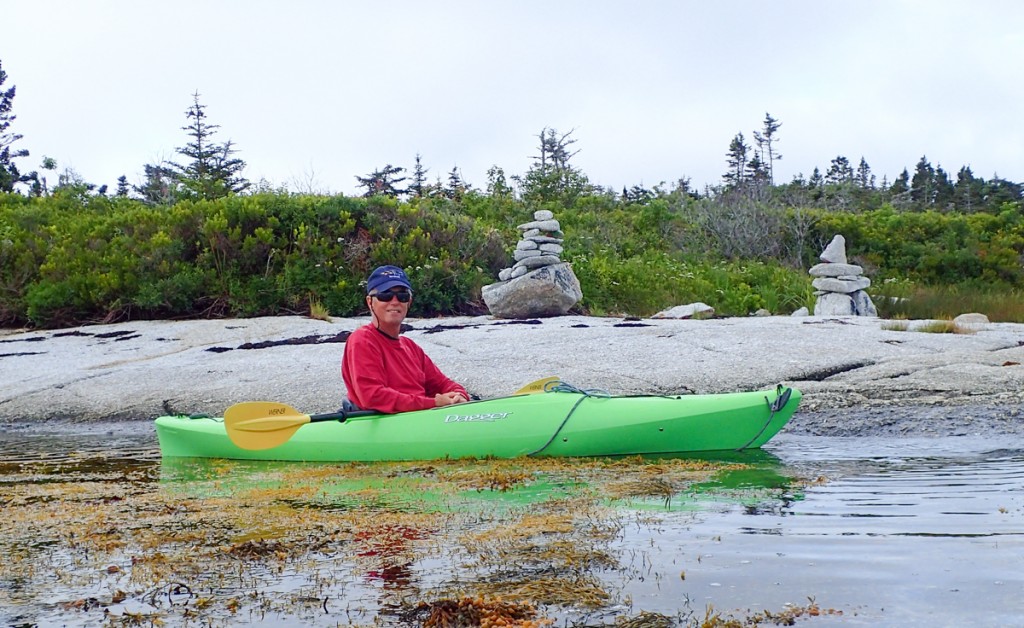 A trip to Nova Scotia isn’t complete without a visit to Peggy’s Cove. We had been there a month earlier by car but after leaving Cub Basin we cruised up the coast to get a look from the sea. It is definitely a tourist attraction as the crowds onshore attest.

After passing the lighthouse and crossing the bottom of Mahone Bay we turned to starboard and motored into Lunenburg Harbor. The town of Lunenburg became a favorite of ours on the voyage up the coast and another stop on the way back home was essential. The Fisheries Museum of the Atlantic is well worth a visit although the attached aquarium was laughable. 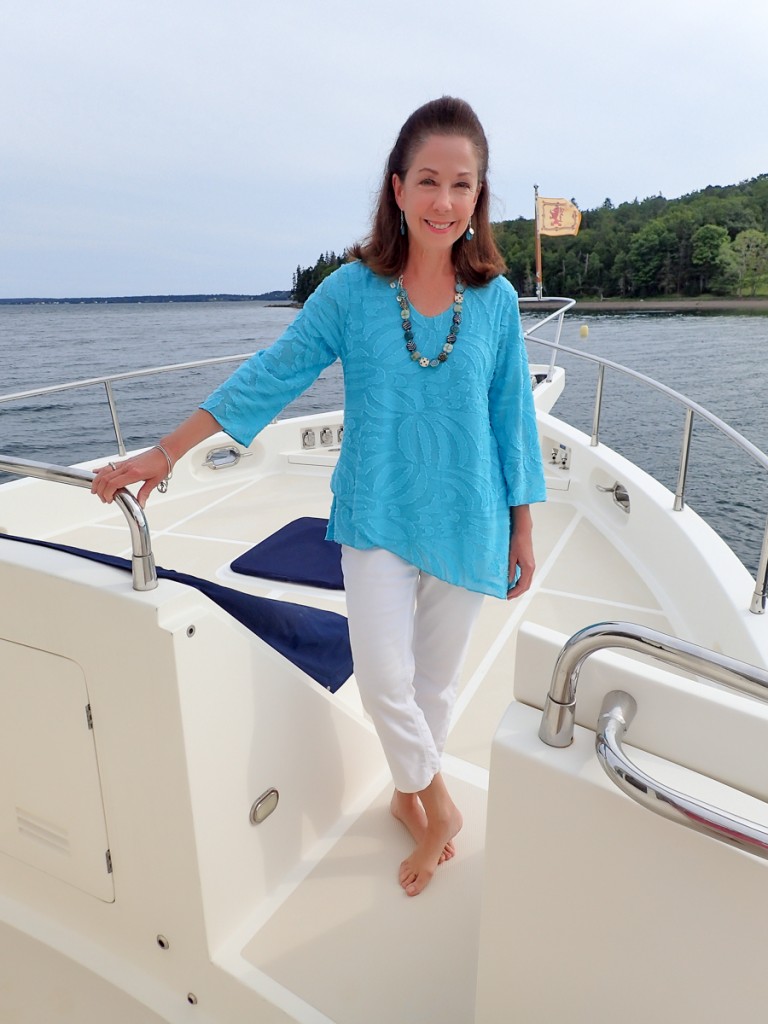 Going out for a Lunenburg dinner 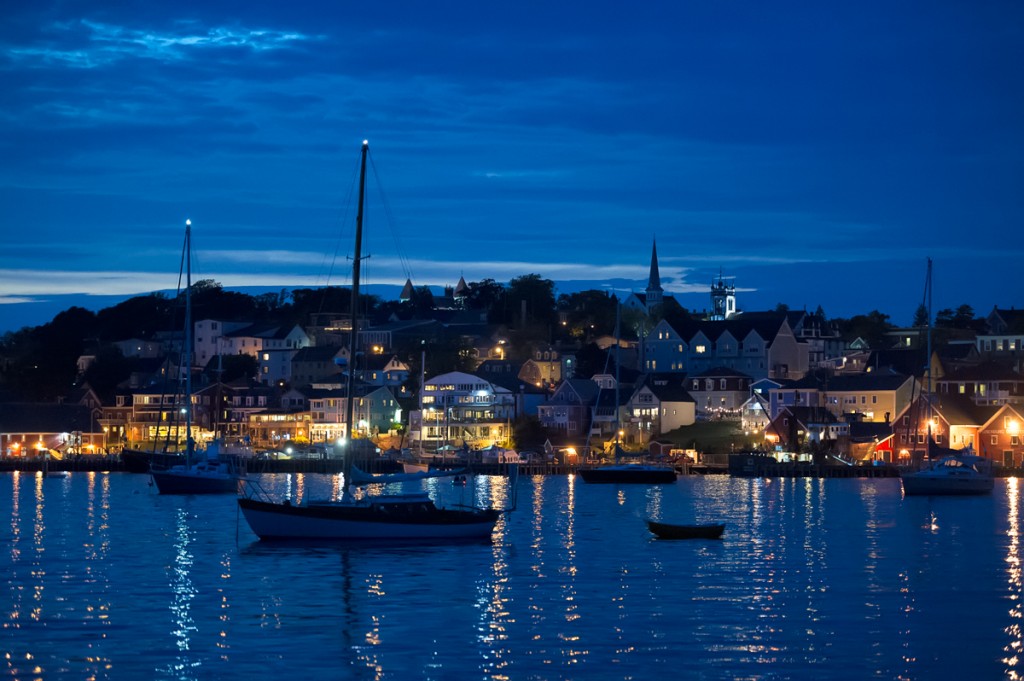 Our last stop before our long run to the states would be Carters Beach. Located approximately 50 miles Northeast of Cape Sable the anchorage offers not only a protected basin but the nicest beaches on Nova Scotia. With real sand! We had been told they rivaled Bahamas Beaches and while I think that’s a stretch they were beautiful. We met two couples on the beach who were traveling on a sailboat together. One couple was from VT. We invited them on board that evening for cocktails and found out they ski (Stowe) in the winter and live onboard in the summer. Sounded familiar. 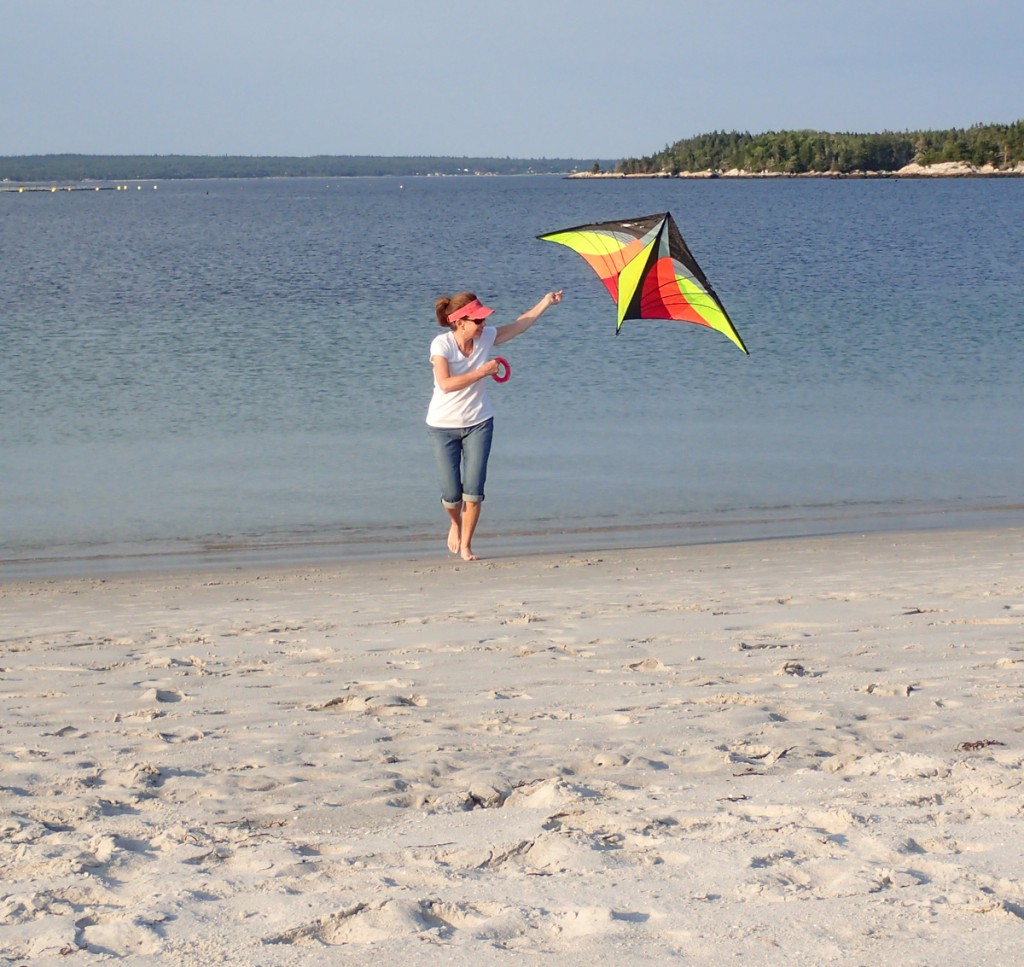 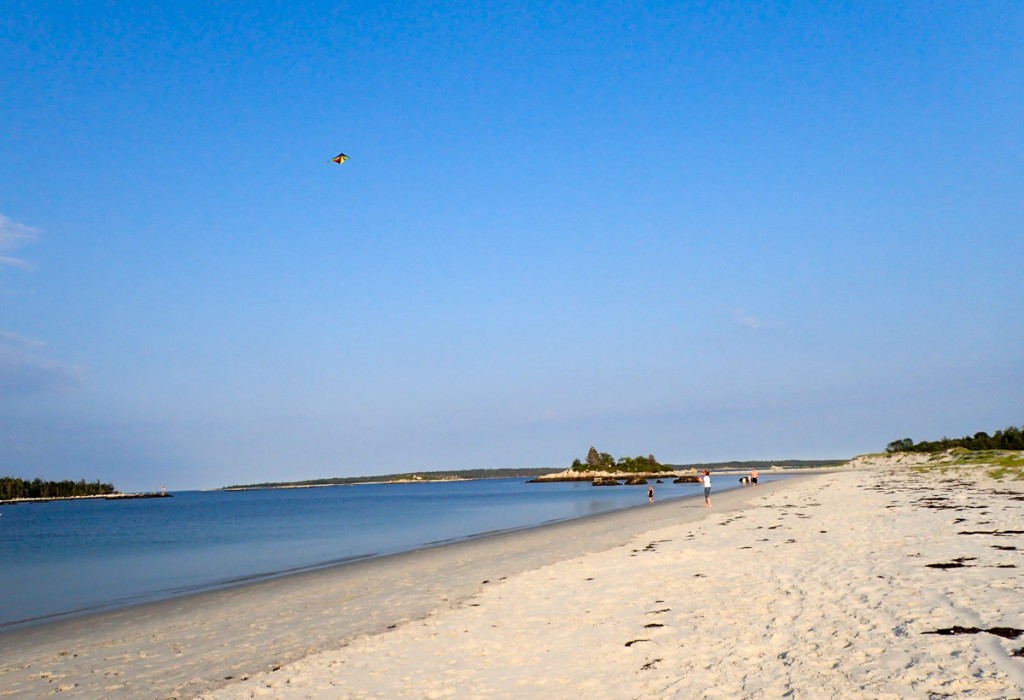 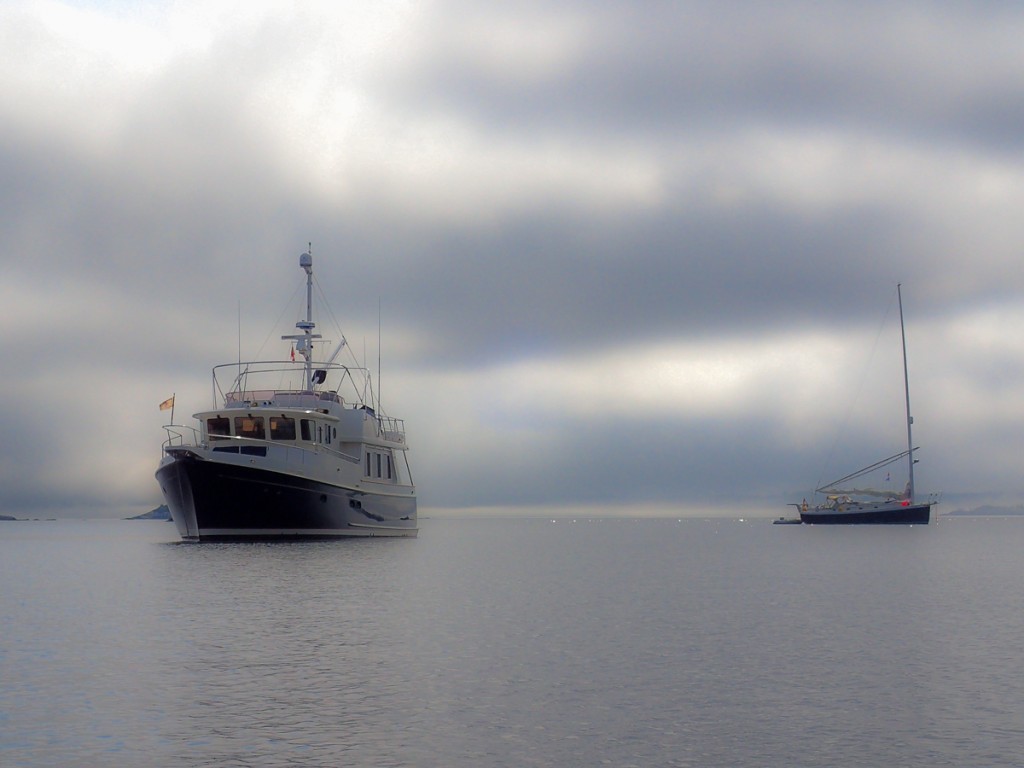 Two days spent at beautiful Carters Beach was a perfect way to end the Nova Scotia excursion. We had spent 45 days cruising Canada and covered about 1,000 miles. While the weather could have been better we very much enjoyed the trip. The people were all friendly as were the boaters we met along the way. The 27 hour trip back to Southwest Harbor was uneventful. We leave again in about an hour for a few days cruising around the Maine Islands and a stop in Rockland. The weather looks perfect.