We left New Jersey after a hectic and unusual month of May. Having parked Big Smile at Morningstar Marina and driven home events took control of the month of May. We were coming home to empty our house and ready everything for a May 31 closing. However my mother passed away on May 2. A funeral and subsequent burial at Lake George had to be planned and now I had her estate issues to deal with in addition to her condo. Her death was not expected although her health had been deteriorating for several months. Years of smoking finally took its toll.

After the funeral we got busy emptying a house. Cath had saved more kids items than I had remembered. The process was stressful. Furniture was moved to various places with one moving truck making three stops in Pennsylvania. Some stuff moved to Vermont, some to Lake George and the rest was piled in my mothers condo to be dealt with at a later date. The closing was postponed a week by the buyers which was good news for us. We flew down to Brunswick GA from Rutland on Wednesday June 5, the day before Tropical Storm Andrea blew through. The storm fortunately was a non-event at the marina. The closing took place on June 7 and our money was wired. We were finally out of NJ and on board. 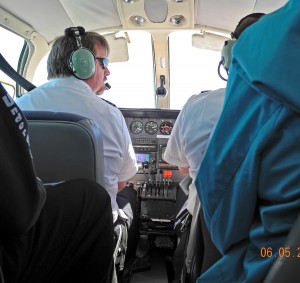 We sit anchored now on Walburg Creek on the west side of St Catherines Island. Two days ago we left St Simons for our trip north. The intracoastal throughout Georgia is a meandering series of rivers, creeks, bays and sounds. Its serpentine course almost doubles the total mileage traveled in a day. This one trip covered 61 miles of travel but was only 35 miles as the crow flies. Its scenic and shallow at low tide keeping the helmsman on his toes. 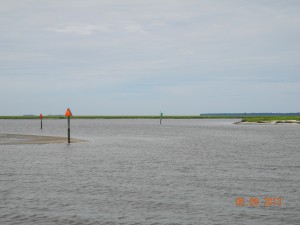 St Catherines Island is one of Georgia’s coastal Sea Islands. It is owned by a foundation and is not open to the public. From 1943 to 1968 the Island was owned by the co-founder of “Life Savers” candy. The beaches are beautiful and have a Jurassic Park look to them. 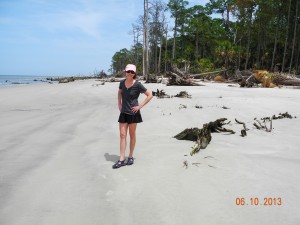 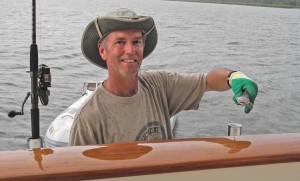