My last day of work was December 21. I had been planning for this day for two years and its arrival seemed anti-climatic. Nonetheless I cherished the moment and looked forward to many good days ahead.

Christmas was around the corner and we hosted the annual Christmas Eve dinner. Twenty Two of us celebrated and all had a good time. 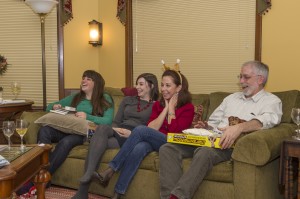 The new year, as planned, was rung in with the usual amount of cheer and “Linie Aquavit” at the Landgrove Inn in Vermont. Linie Aquavit is a Norwegian liquor aged per Norwegian law in oak. Linie sends their Aquavit off on a 19 week voyage in the holds of ships that crosses the equator twice. The spirit sloshes around with the movement of the waves, and the barrels—formerly used to store sherry—swell and contract in extremes of heat and humidity, imparting the character of the wood and polishing the flavor, so we are told. Suffice to say it is strong and delicious. 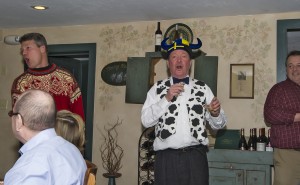 Carl: Master of the Aquavit

My two best friends from grade school arrived, one with family and one sans family. I had some volunteer mountain guide commitments at Stratton Mountain during the stretch but everything fell into place and the snow cooperated. We received nearly two feet between Christmas and New Years making for great skiing. 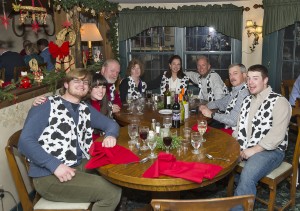 On the 7th Cath and I hopped in the car for a quick trip to NJ to pick up warm weather items. We quickly continued on to Ft Pierce FL where Big Smile had spent the last nine months. Sunset Bay Marina in Stuart FL had reservations for Big Smile from January 12 thru March 12. We had motored down in August to check out the marina and liked what we saw. The plan was to spend January in Stuart and February back in Vermont. I needed to fulfill my volunteer duties at Stratton and Cath needed to finalize the details for our NJ house sale which was to be listed in early March.

Unfortunately a sad turn of events occurred as my brother in law passed away unexpectedly in mid January. He was 57, one year older than us. We flew home to NJ for the funeral and Cath decided to stay to help her brothers wife. I flew back and while it was not the January I expected I enjoyed the marina and the city of Stuart. I had many boat items to attend to as our plans have us leaving for the Bahamas in mid March. In my brief stay at Sunset Bay I met many wonderful boaters all with different tales and agendas. Sunset Bay is a five minute walk to the historic downtown of Stuart. We had planned to see “Gaelic Storm” at the historic Lyric Theater. I went alone and enjoyed their mix of Irish folk and rock music. We will need to return another year to enjoy the marina and city together. 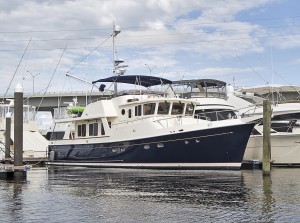 Tied up at Sunset Bay

We did have time to do some exploring by dinghy and followed the St Lucie canal up to the first lock. From there the canal takes you to Lake Okeechobee. Crossing the lake brings you to the Caloosahatchee Canal for the trip to the Gulf of Mexico. 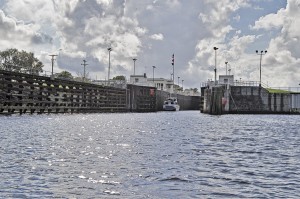 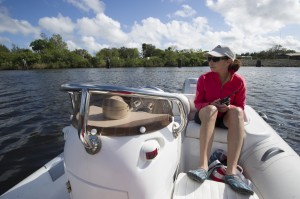 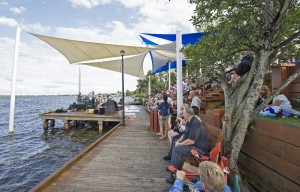 It’s now February 9, one day after the “historic” nor’easter. Well in VT it was anything but historic. I was hoping for feet of snow and woke up to 8 additional inches on the lawn. Barely a snowstorm.

Tomorrow I start my month of mountain guide duty and then back to Big Smile.