We left Maine Yacht Center on a beautiful, sunny morning and motored to our first fuel stop of the year. DiMillo’s Marina in the center of the Portland waterfront operates a 24/7 fuel dock where you can tie up before opening hours and pump your own diesel. We needed 500 gallons and as long as the credit card works it’s an easy operation. This is the only self service station we have come across.

Fueled and nearly 4000 lbs heavier we are on our way “down east” for six weeks. In two days we will pick up Barry and Rebecca at the town dinghy dock in Boothbay Harbor. Boothbay is an easy trip from Portland and the anchorage is large. Our rendezvous is easy. Our guests know the routine having spent a week with us in the Bahamas two years ago. The weather proves to be typically Maine-ish, breezy and cool in the mornings but the sun came out every afternoon. Unlike the Bahamas there would be no swimming but the hiking and kayaking was superb. So was the eating. 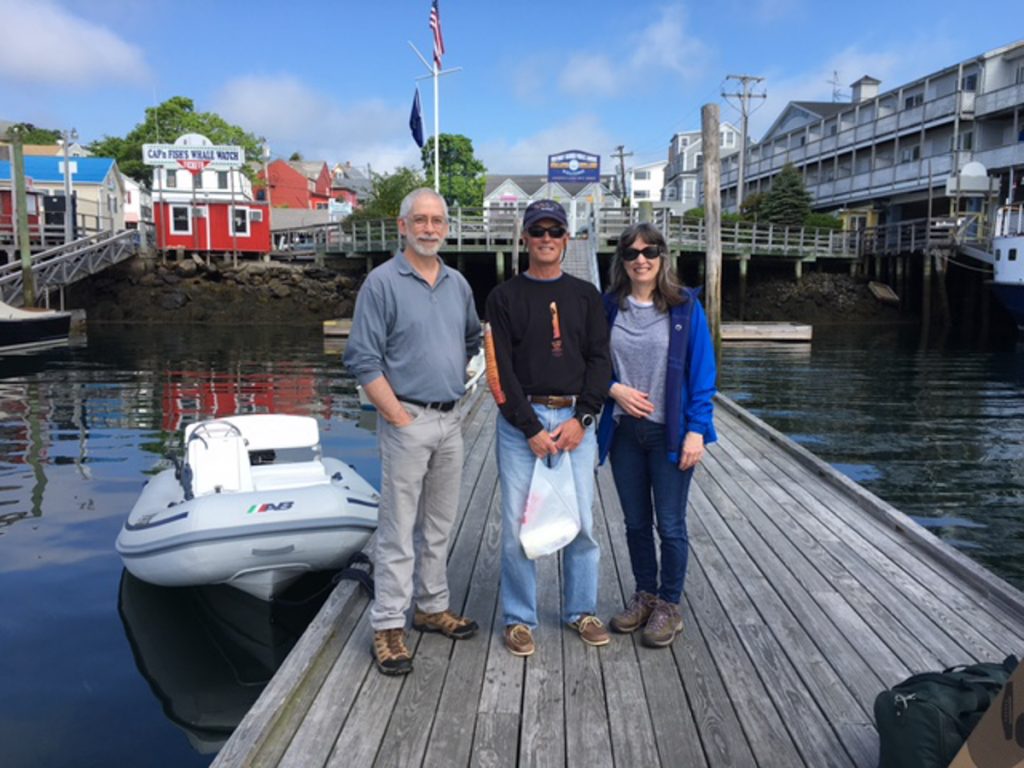 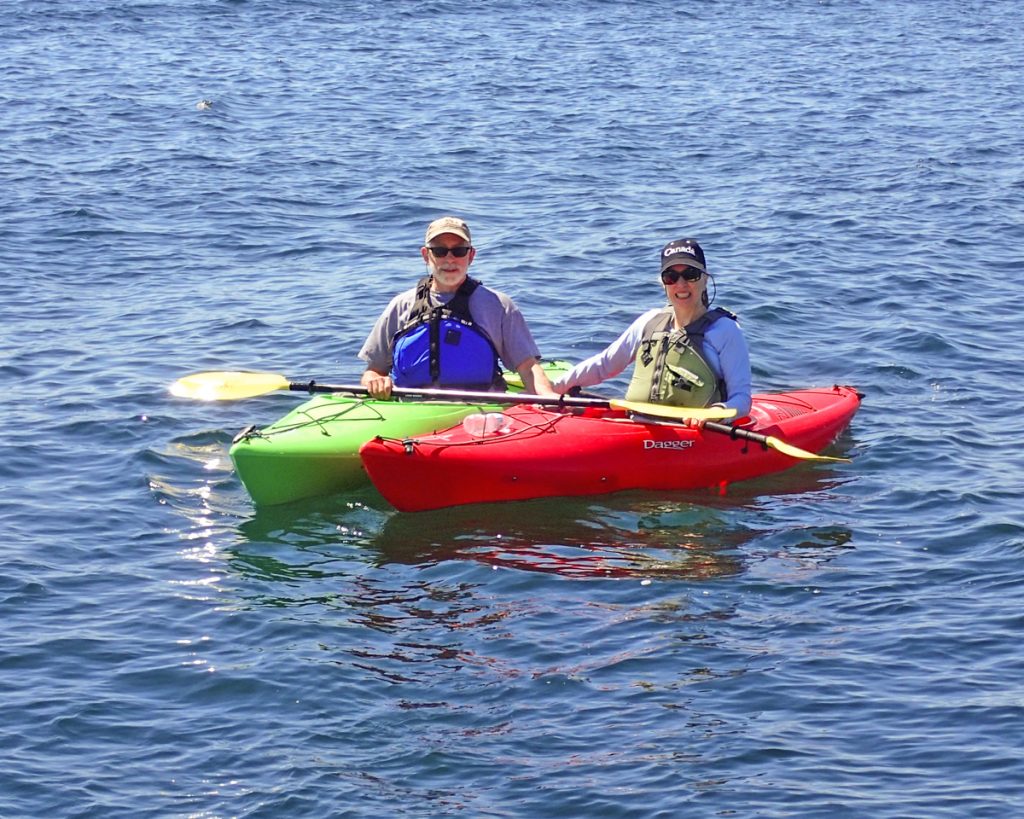 Our first anchorage was The Basin. A perfect hurricane hole with a Nature Conservancy trail easily accessible from the dinghy. 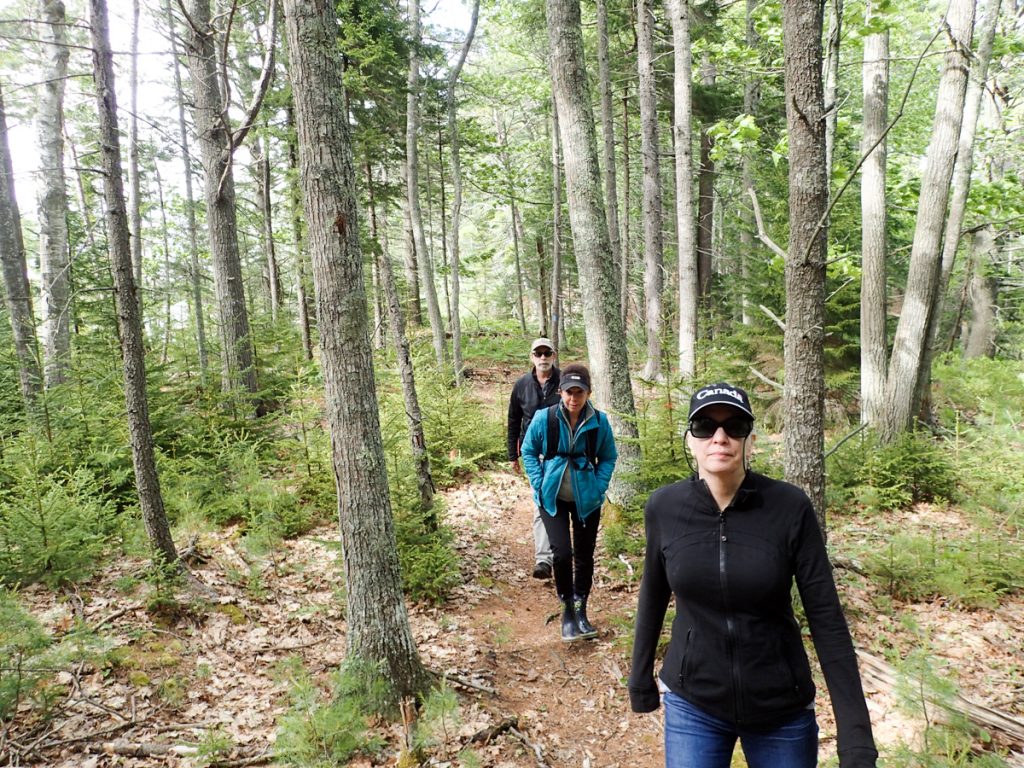 A few hours away in another beautiful anchorage was the Indiantown Preserve. Indiantown Island comprises 60 acres, 27 that have been preserved and 33 still private but accessible via an easement. It’s a beautiful hike with many birds. 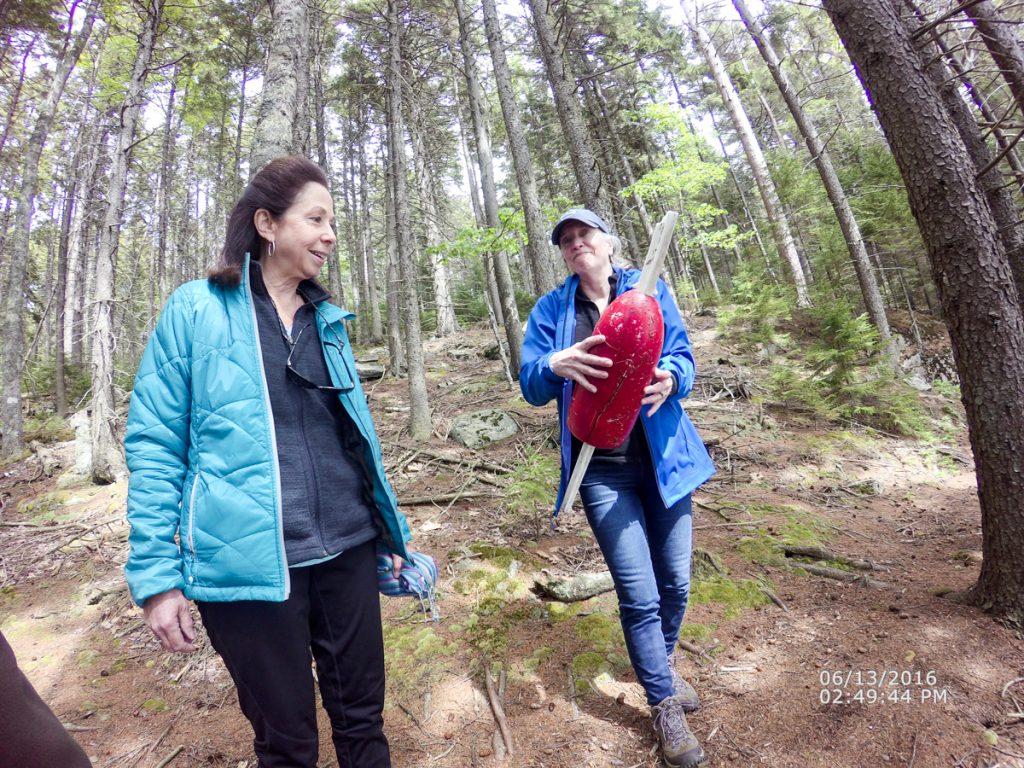 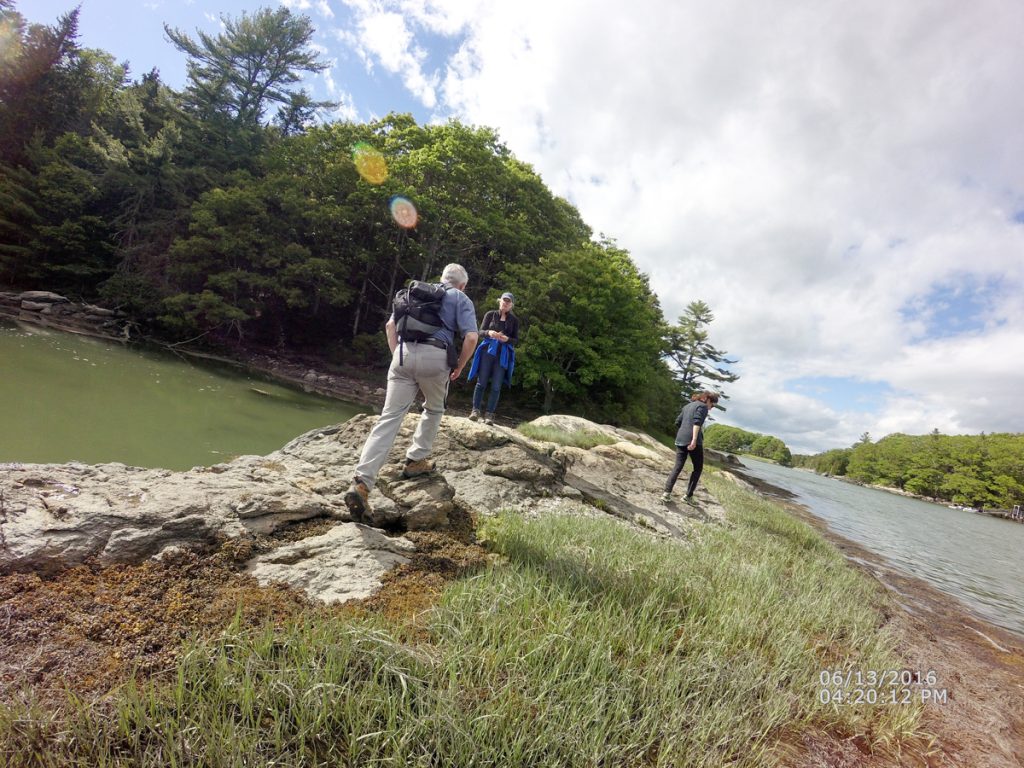 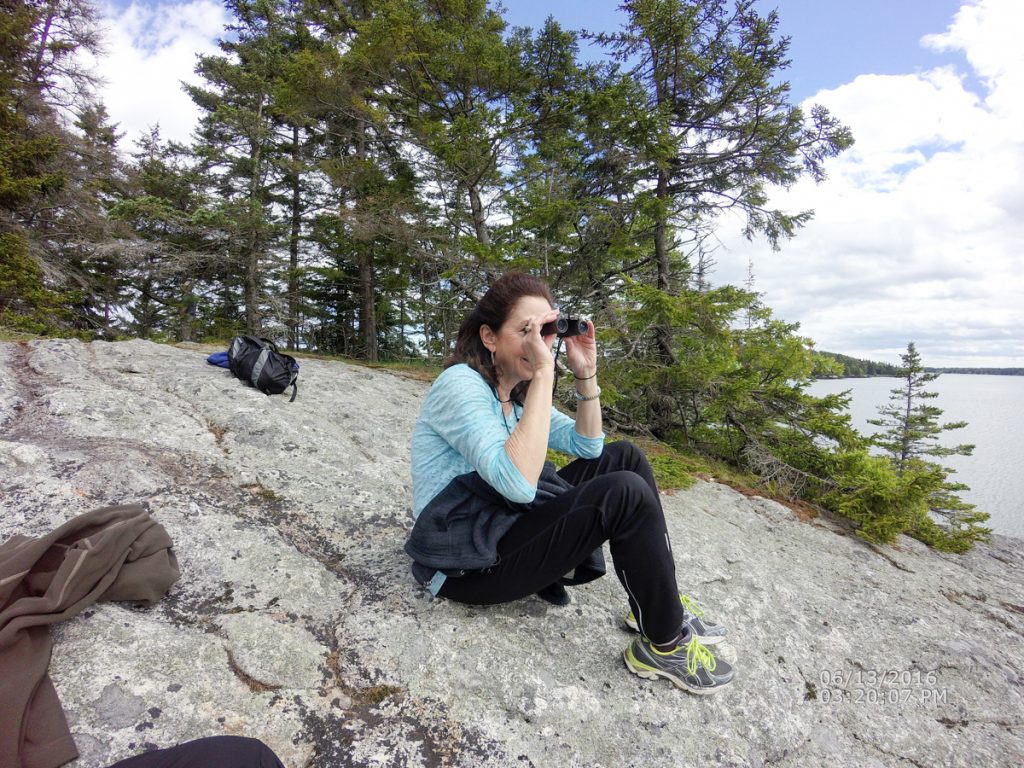 I have to mention an app that Barry had on his phone. It is the Cornell Labs “Merlin Bird ID” app and it was fascinating. I downloaded it to my phone and recommend it to all who hike or just like to be able to identify and “talk” to birds.

Their several days with us ended too quickly and we continued down east. Our first stop was at the head of the John’s River, 8 miles north of the famous Pemaquid Point Lighthouse. We liked this anchorage so much we stayed three nights. The villages of Pemaquid and New Harbor lie near the mouth of John’s Bay. The history of Pemaquid mirrors that of many late 1600’s and early1700’s towns. Wars, indians, and disease took their toll and towns that flourished one year were gone the next. Pemaquid was a classic example. In 1729 a group of approximately 200 Scotch-Irish settlers arrived. Ironically this is the same year that my McDowell family arrived. Some remains of the old foundations are preserved and part of the fort was replicated. A link to additional information on the fort is here. There is a public dinghy dock which provides access to the museum, the town, and also a great casual restaurant which shares the dock. We made two dinghy trips to visit and enjoyed area and the food. 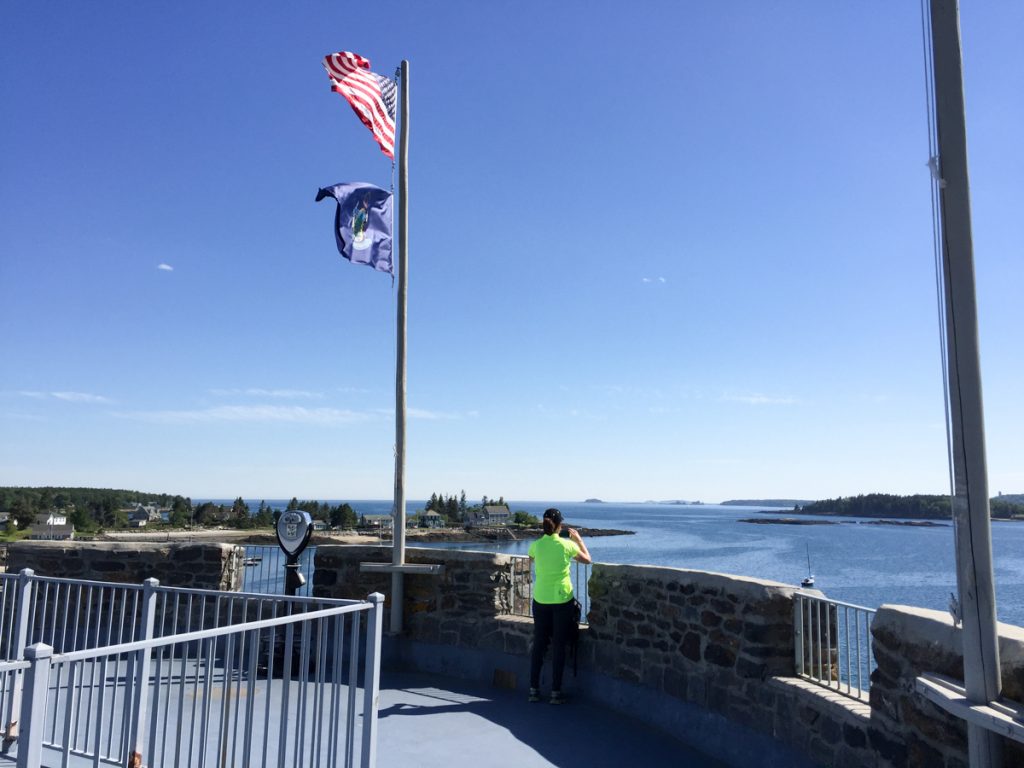 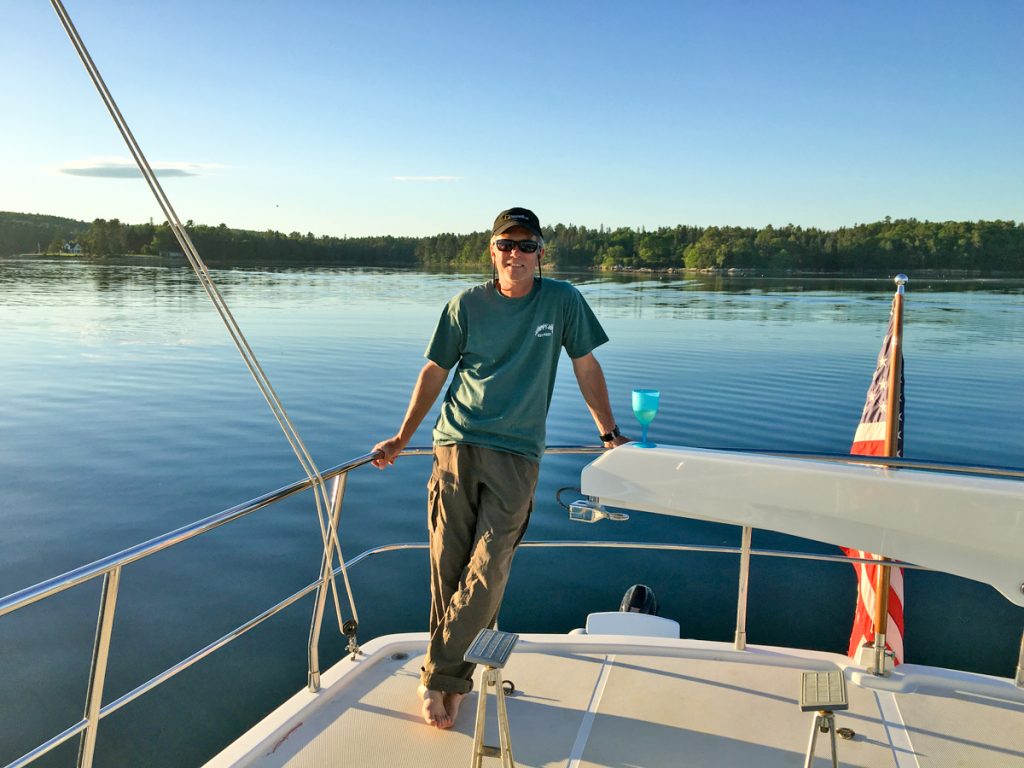 July 2nd and we are tied up at Dysarts Marina. June ended superbly. From Johns River we travelled downeast anchoring in Maple Juice Cove for a night. While not overly scenic and reminding us of the Chesapeake it did provide us easy access to a well known site, the “Olson House”.  It was here in 1948, that Andrew Wyeth painted his famous, Christina’s World. The Olson House would occupy Wyeth from 1939 to 1968. It is now owned by the Farnsworth Art Museum. I visited the house in 2005 as part of my week long photography course at the Maine Media College.

On to Rockland for a night. This funky town on the western shore of West Penobscot Bay is a great stop for boaters with an active community and some very good restaurants. 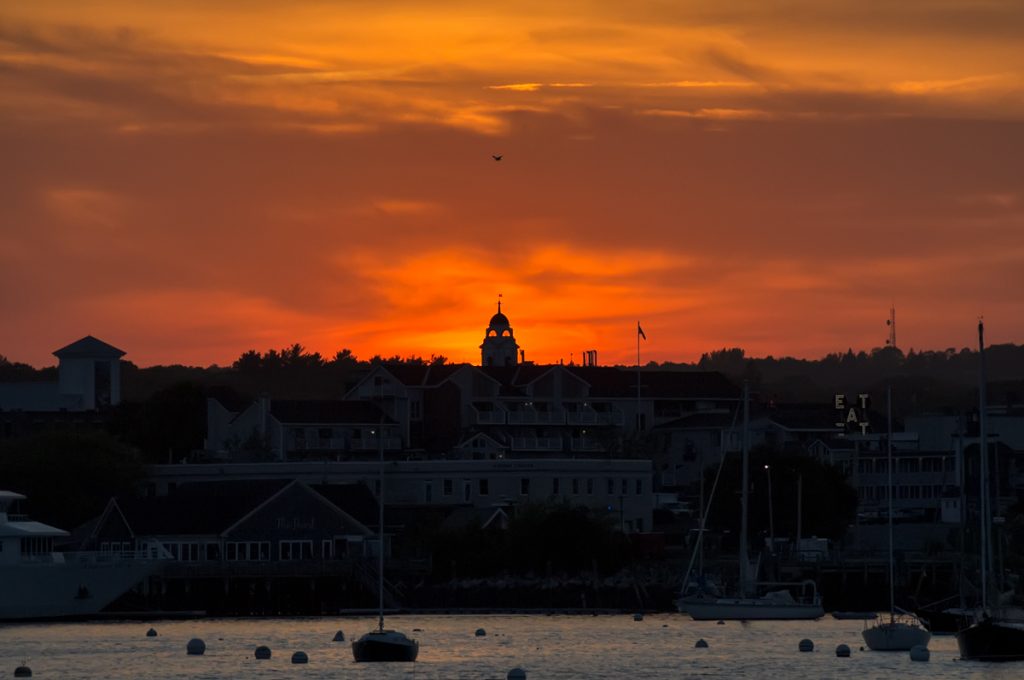 Camden is another town on the western shore and one we had never visited on Big Smile. The anchorage is small and tight so we took a mooring outside the inner harbor. Camden is a beautiful, upscale Maine town. Gorgeous homes and inns, fantastic restaurants and a harbor packed with classic schooners both replicas and originals. 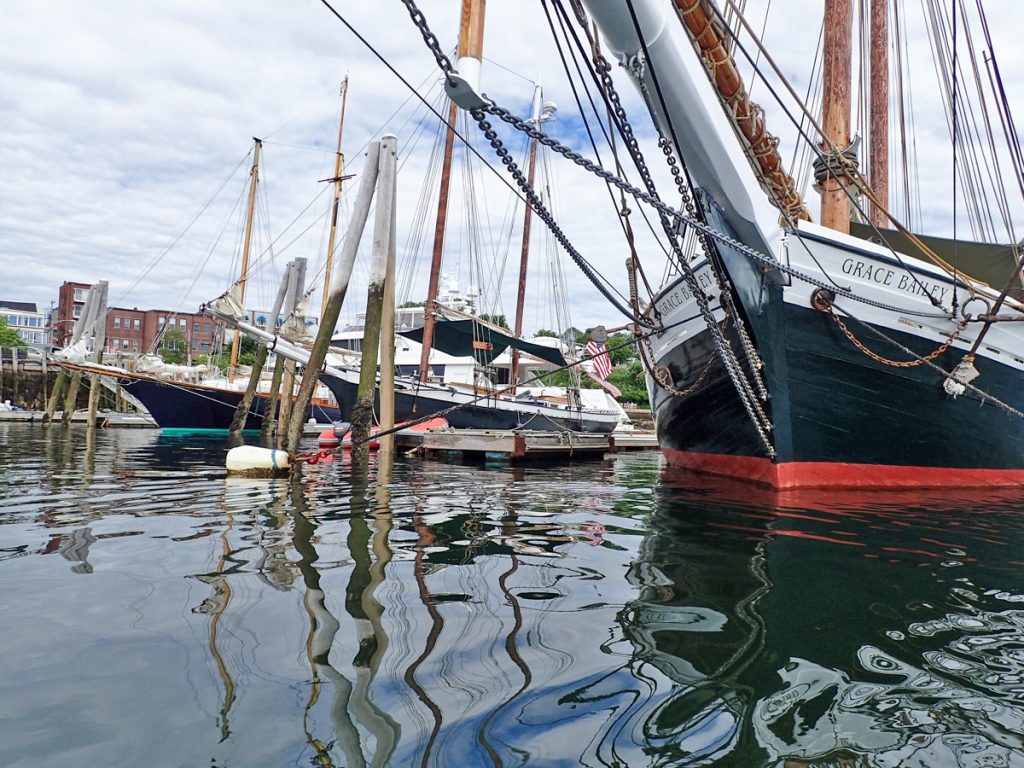 So far we have had fantastic weather. And to our surprise it kept on coming. After Camden it was back to what many describe as the most beautiful anchorage in all of Maine. We would agree. Seal Bay, on the eastern side of Penobscot Island, is a winding, tight and very protected body of water. The tricky entrance is strewn with lobster pots and approaching at low tide, as we did, requires slow and careful navigation. Inside the small bay are several places to anchor. We had dropped the hook here in 2014 on our initial voyage to Maine and headed for the same spot. 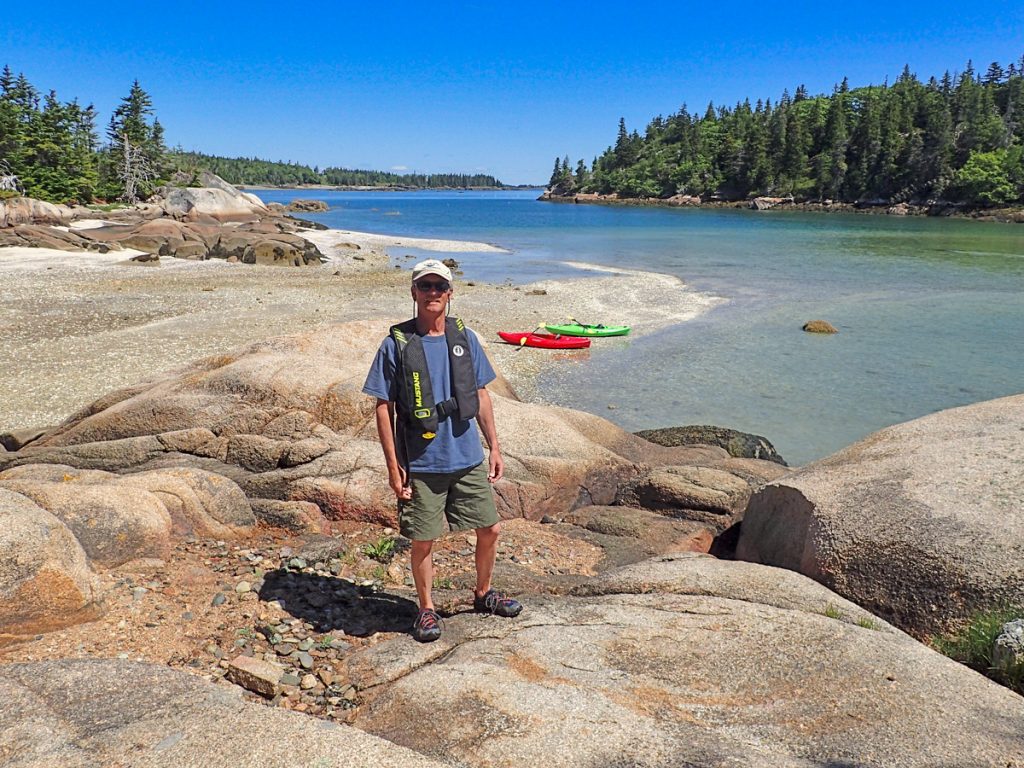 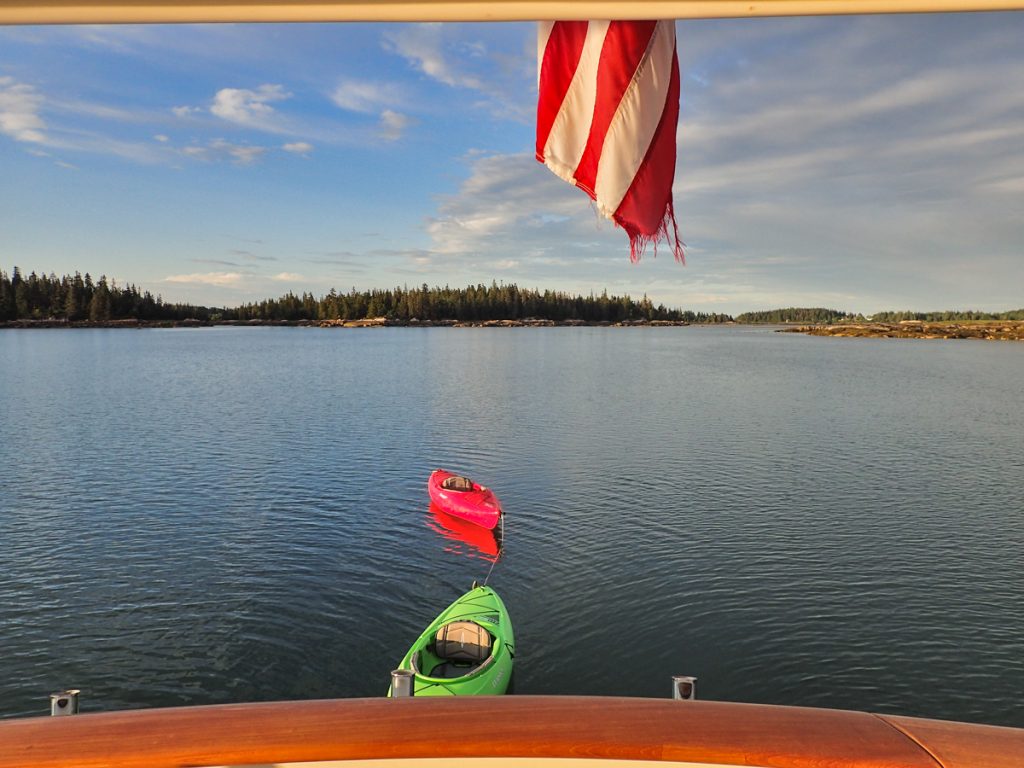 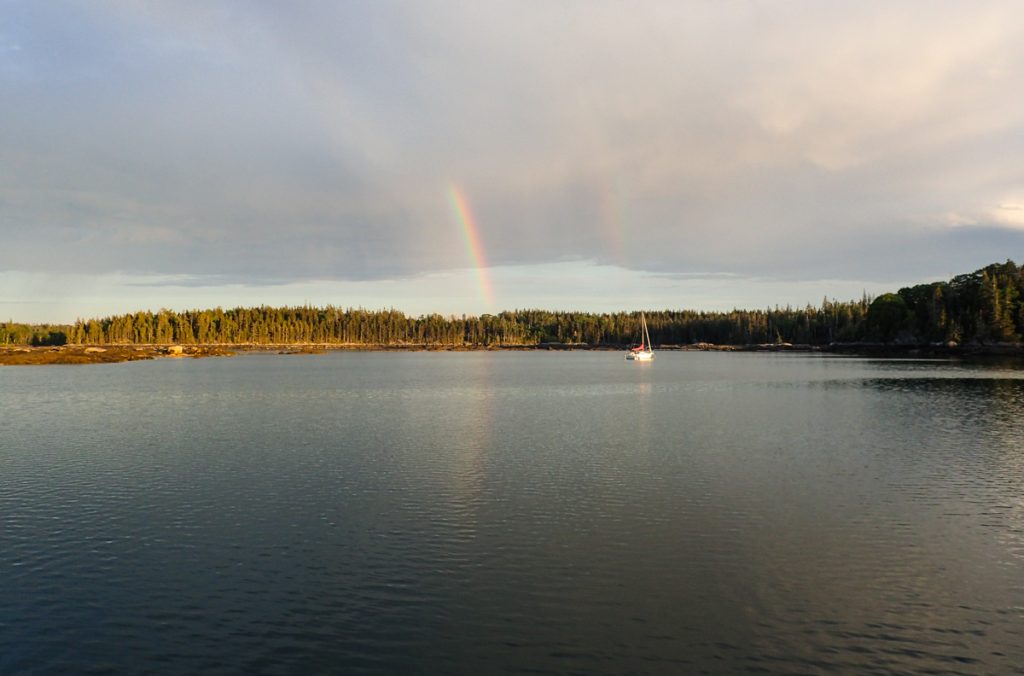 On to Isle au Haut. Located approximately 15 miles from Acadia, Isle au Haut is a 13 square mile piece of land in Penobscot Bay. 60% of the land is actually part of Acadia National Park. With a population of 73 (2010 census), Isle au Haut, like most Maine islands, is accessible only by boat.  We anchored off Kimball Island to the west and dinghy’d in to the town dock. Acadia National Park maintains 18 miles of trails but unfortunately for us the anchorage on the south side of the island doesn’t accommodate boats of our size. The bulk of the trails begin there. We still managed a several mile hike from our dinghy landing. 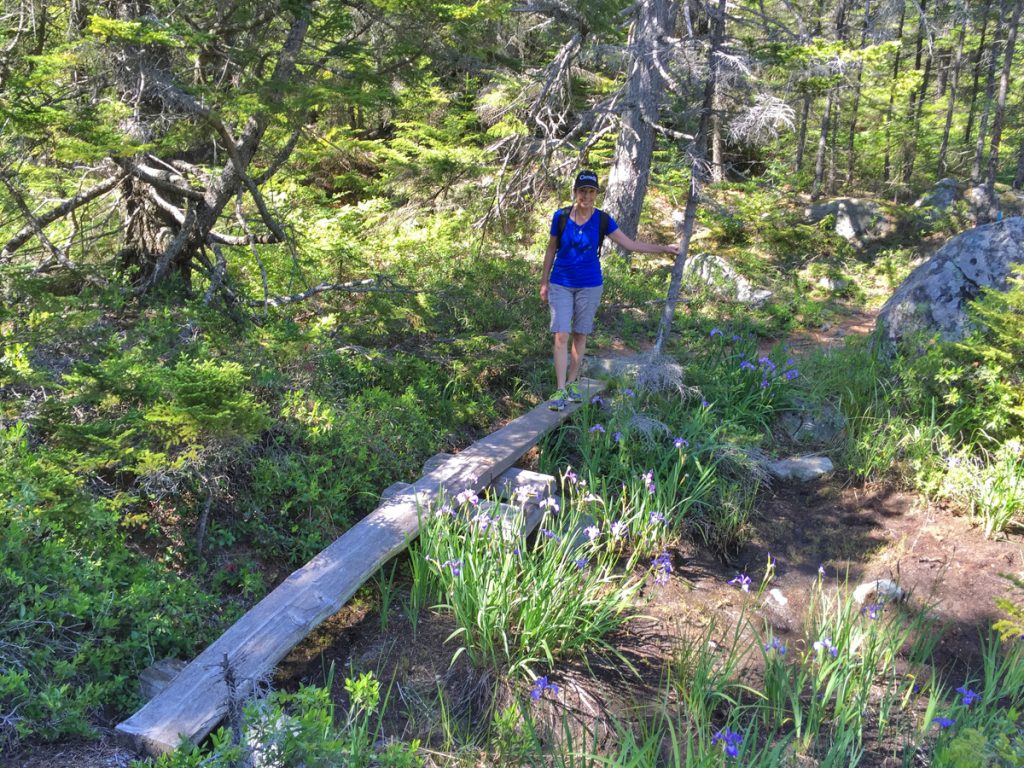 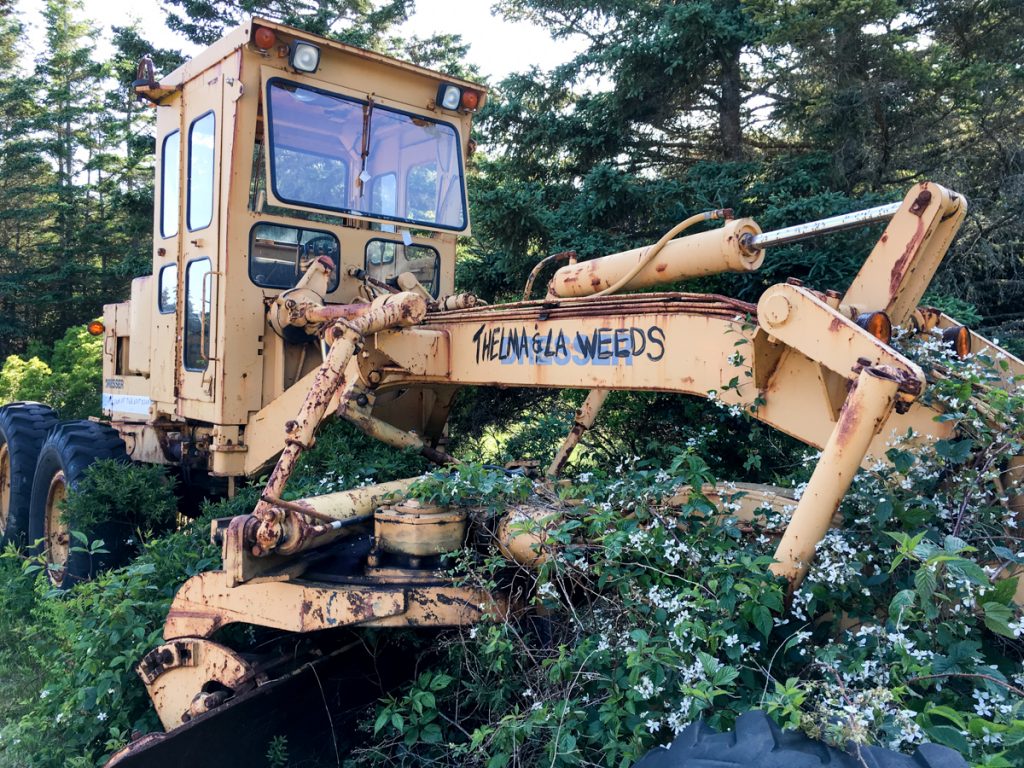 Continuing on our slow trek to Bar Harbor we next stopped at Swan’s Island. There are several anchorages to chose from and we spent our first night in Burnt Coat Harbor.

Before arriving at Burnt Coat we made a lunch stop at Marshall Island. The Ed Woodsum Preserve encompasses all of the 985 acre island.  It is one of the largest undeveloped islands on the eastern seaboard. The trust has developed 10 miles of hiking trials but the real allure is the spectacular sand beach on the southeast corner. Sand Cove is exposed to the ocean swells so a day stop is all that is recommended. What a beach it is. Soft, fine sand and crystal clear water. 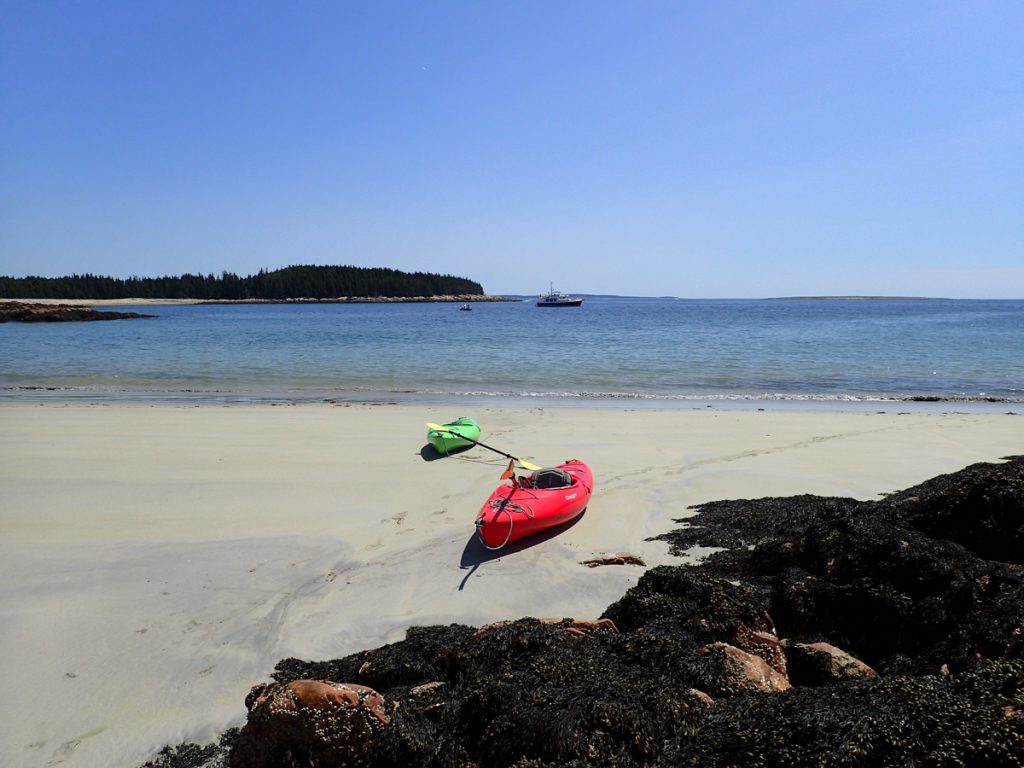 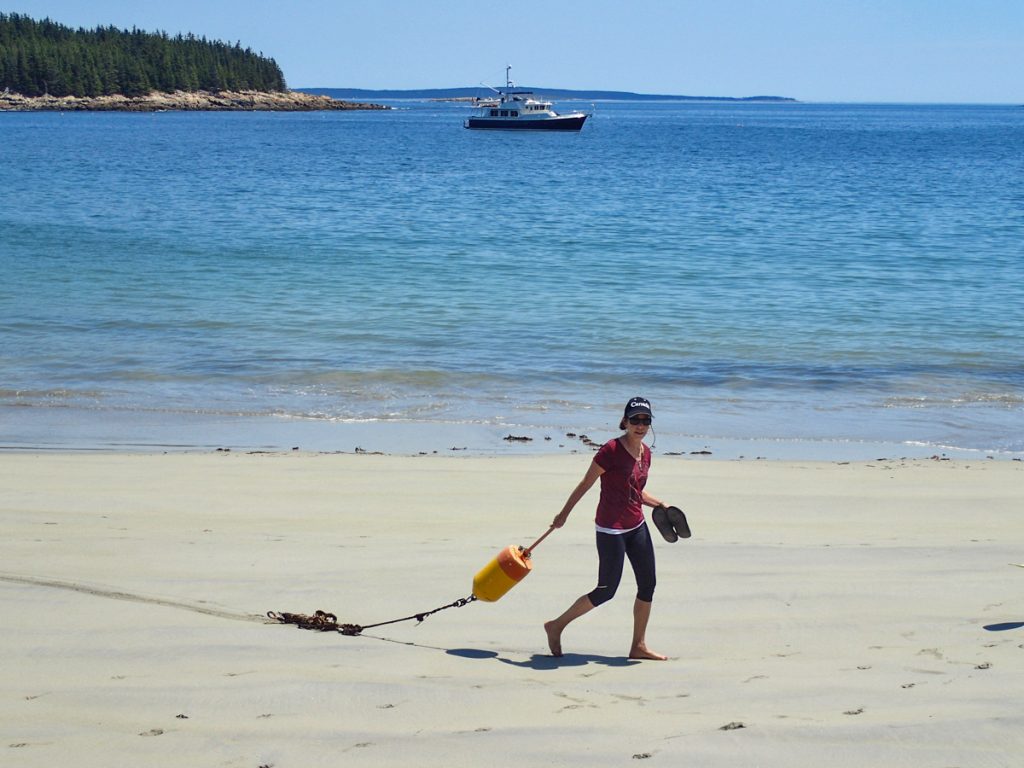 Adding to our collection

Swan’s Island, named after James Swan of Fife, Scotland is a lobstering community with a year round population of 332 (2010 census). There is only one general store which we never found. Our second night we moved around to the northwest side and anchored in Mackerel Cove. The ferry dock is located here and the large cove has a number of summer homes.

We ended June in Bar Harbor on Mount Desert Island. In 2015 we based ourselves out of Southwest Harbor but never motored over to Bar Harbor. We did make several car trips to the town last year. Bar Harbor is a big summer destination. Way too touristy for me. We were meeting up with our friends Kobus and Susie from NJ who were doing a Maine car trip. I did not want to anchor in the main harbor so instead we went around the “bar” and picked up a mooring from the College of the Atlantic. 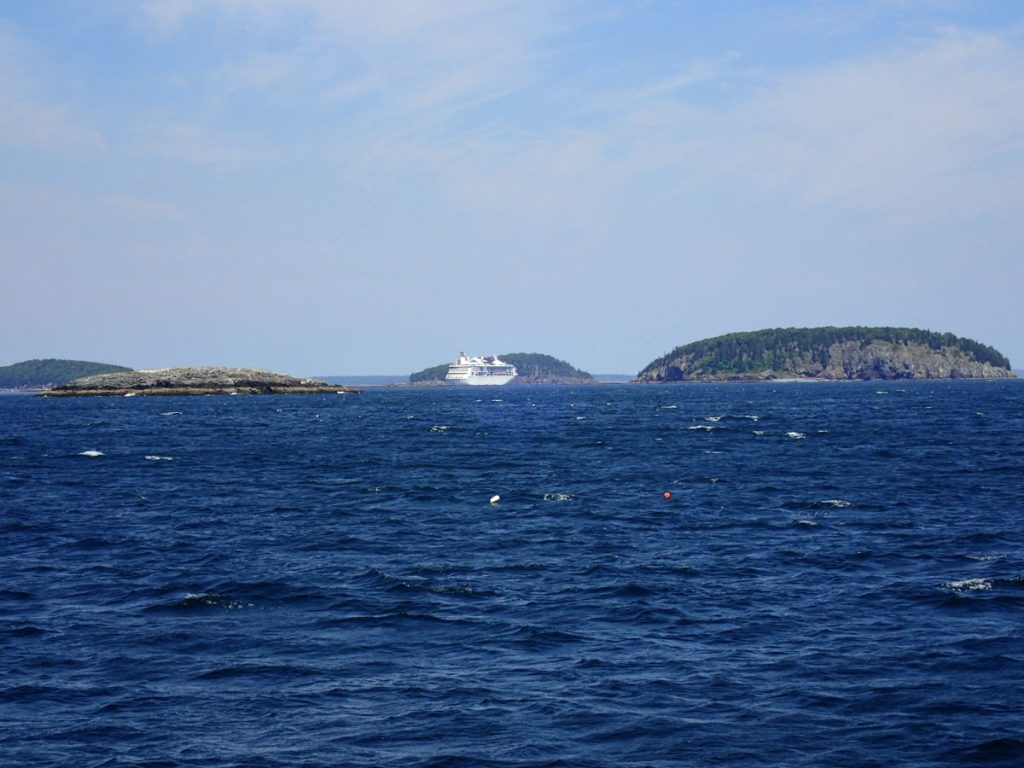 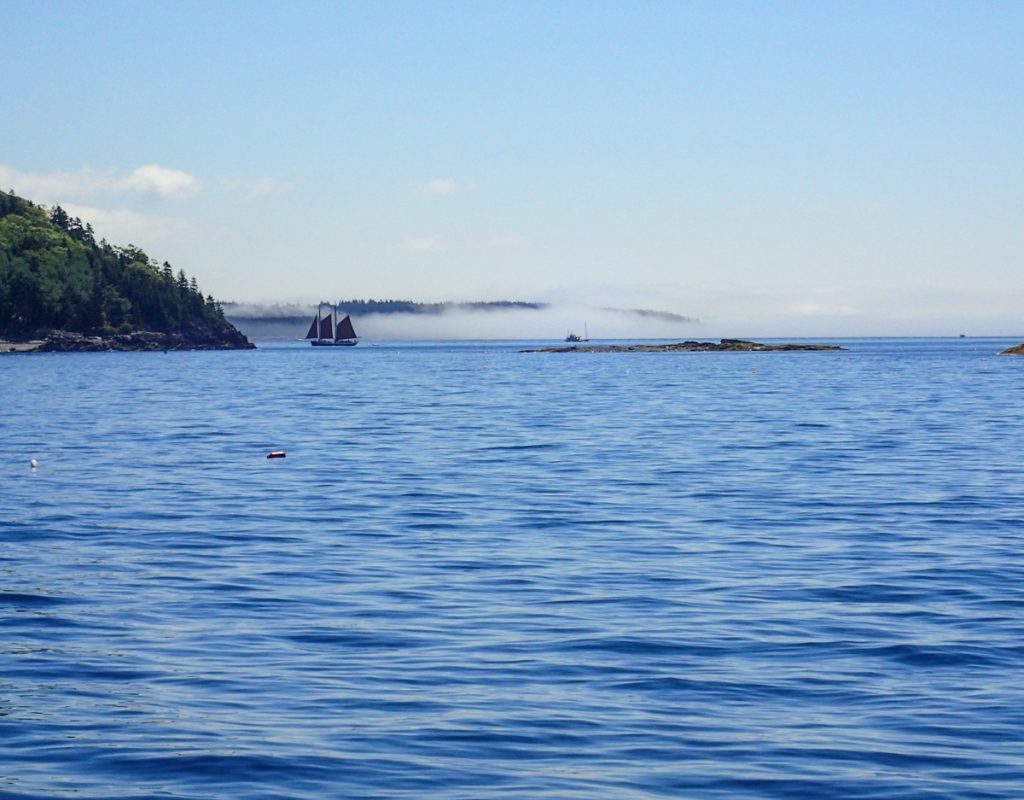 Schooner in the mist 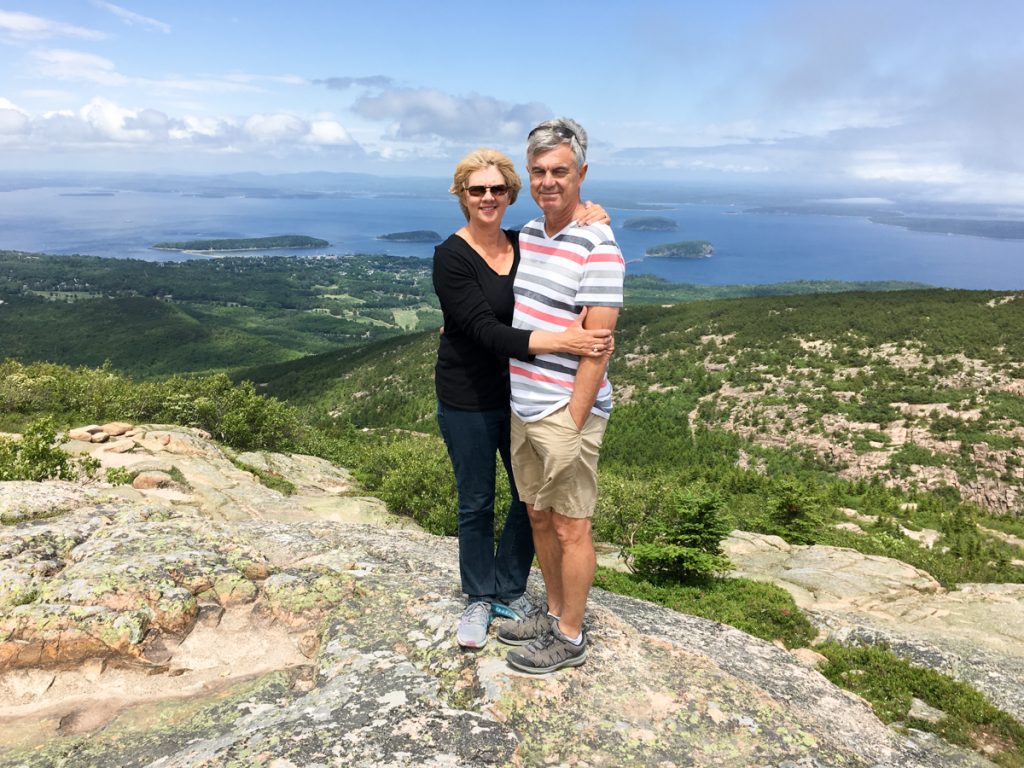 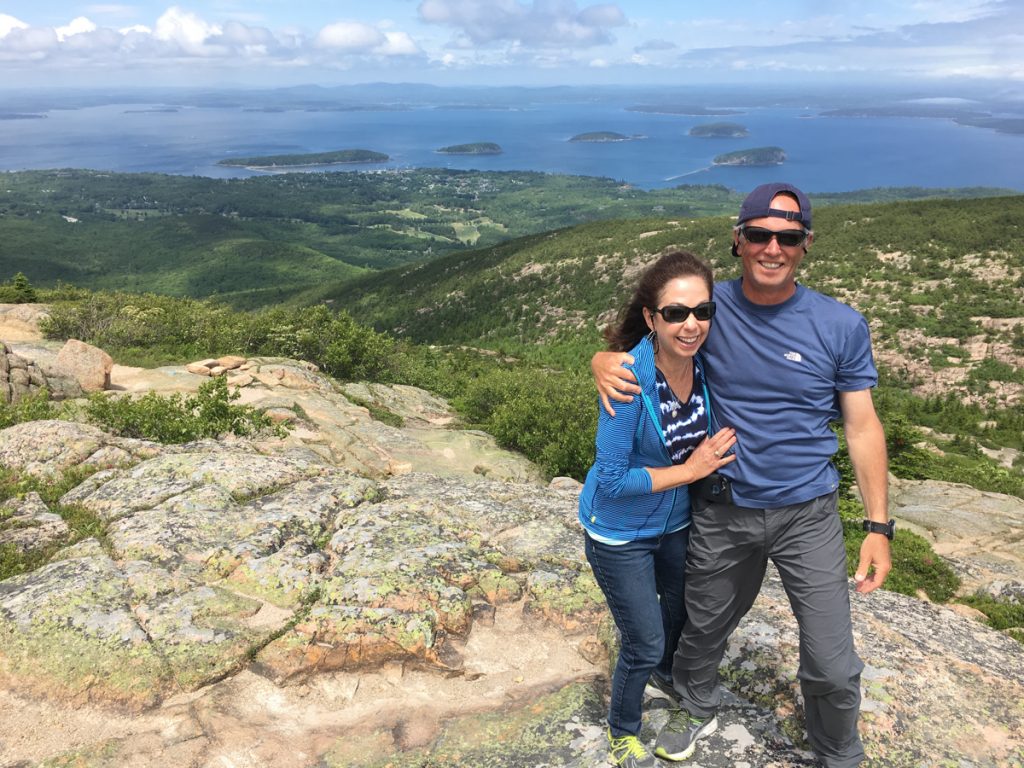 Cadillac Mountain is located in Acadia National Park on Mount Desert Island. With an elevation of 1528′ it is the highest peak within 25 miles of the shoreline of the North American continent from Cape Breton, Nova Scotia and Mexican peaks 180 miles south of the Texas border. The park itself is a 47,000 acre recreation area with many miles of trails and carriage roads for hiking. The views from many of its peaks are stunning. We spent a full day in the park with our friends and also ate some delicious lobster at C-Ray Lobster.

Coincidentally our Bar Harbor visit was the same week as the Acadia School of Traditional Music & Arts being held at the College of the Atlantic. The College of the Atlantic is a very small, +- 350 students, college with one self-designed major. Human Ecology. Located on a beautiful 38 acre campus the college admitted its first class in 1972.  This was the 4th year hosting the week long Acadia School or Trad school as it is commonly called. During the week the school puts on many concerts and we were able to buy tickets for two of them. The first we saw was held at Gates Auditorium on the campus. We were treated to “Trad Blend”. Riley Baugus, a Clawhammer banjo player from North Carolina and David Greely a four-time Grammy Award nominee fiddle player performed individually. The last performers were Maeve Gilchrist and Nic Gareiss. Maeve is a Scottish born harpist who studied at Berkeley School of Music. Nic is a world class percussive dancer. They perform together several times a year and it was sensational. The three hour show was amazing and included performances by two young fiddle players.

The following day we attended an afternoon concert at St John’s Church in Southwest Harbor. We were treated to Matt and Shannon Heaton (guitar and flute), brother and sister duo Dan and Liz Faiella (guitar and fiddle) and Sean Heely a young Scottish fiddle master. A wonderful show featuring many traditional, Scottish and Irish, jigs and reels. 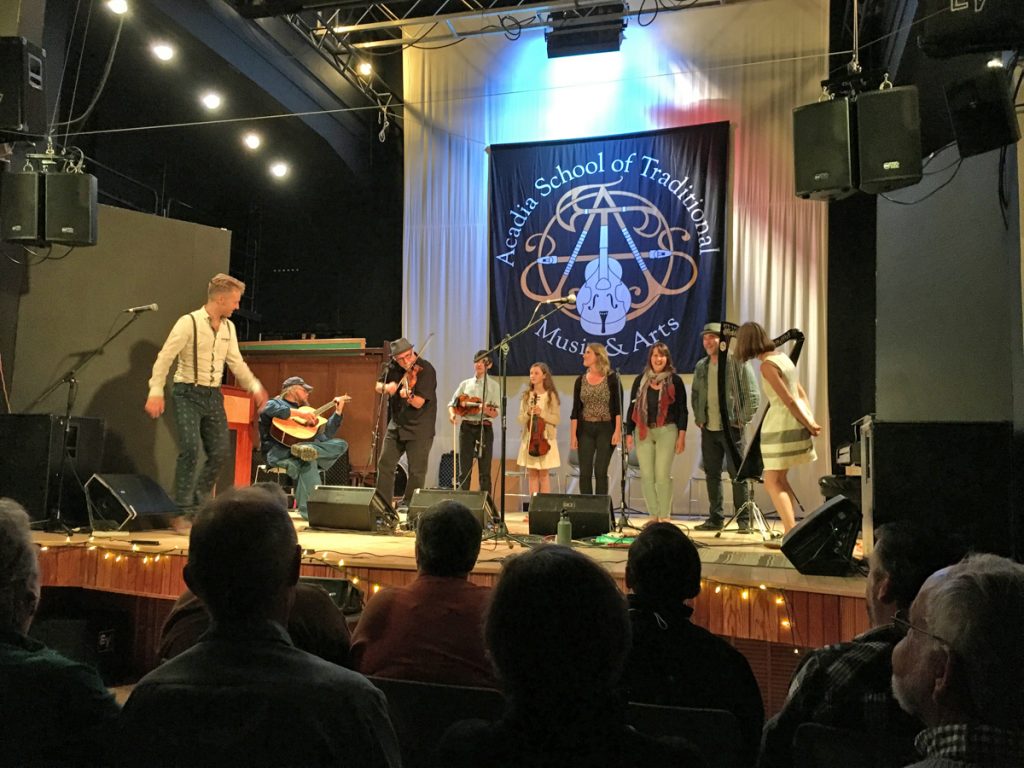 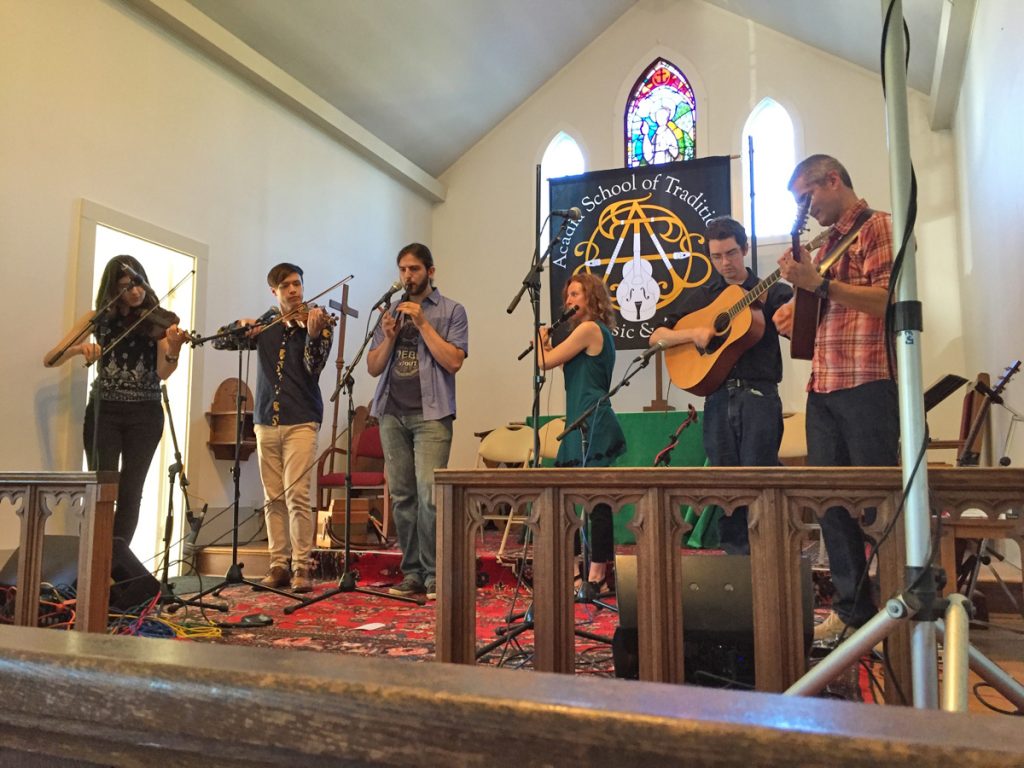 So the month of June has ended. We are in for a glorious 4th of July weekend. Time to get outside.